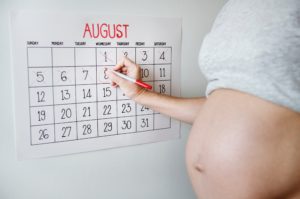 How do women feel about induction of labour for post-term pregnancy?

Researchers have brought together the results of a number of qualitative studies looking at how women feel about having their labour induced when their pregnancy has passed a certain date, in an important systematic review published in Birth: Issues in Perinatal Care. As the research team explain,

“Whereas there is substantial and ongoing scientific research on the potential medical advantages and limitations of postterm induction, less is known about the perspectives of the pregnant women. Furthermore, the results of the few existing studies are ambiguous. In a randomized, controlled trial of IOL [induction of labour] versus expectant care, [it was] found that at 41 gestational weeks, 74% of the pregnant women preferred to be induced. In the IOL group, the majority (85%) of induced women reported a positive labor induction experience and 74% would prefer the same management in future pregnancies. However, other studies have found that IOL was associated with less satisfaction, a less‐positive birthing experience, and a higher concern for the baby’s safety. In an online survey among women with induced labor (all indications), the majority (57%) would not choose IOL in a future pregnancy and requested more information on alternatives and more participation in decision making. These results are important because a negative birth experience is associated with postpartum mental health problems.” (Lou et al 2018).

This topic is close to my heart. When I updated my book on inducing labour in 2018, my inbox was flooded with stories from women who had had difficult, unpleasant or traumatic induction experiences. I heard from some women who were happy with theirs too, which is great, but the sad stories vastly outweighed the good. So I was delighted to see the publication of this review. I later went on to write another book, In Your Own Time: how western medicine controls the start of labour and why this needs to stop.

Eight relevant studies were analysed, and the findings were grouped into three main themes. The first dealt with the way in which the offer of induction of labour led to a shift in expectations. “For these women, their original hopes and expectations of spontaneous labor were disrupted by the induction guidelines or induction offer/recommendations. Thus, realizing that time had run out for spontaneous labor to happen was experienced as requiring a shift of perspectives.” (Lou et al 2018). The feelings were conflicting. Some women felt relieved that they knew when their labour would begin, but others “described how IOL caused feelings of disappointment, resignation, and passivity.” (Lou et al 2018).

The second finding was that “many women experienced IOL to be a “nondecision.” For example, one woman described how she felt unable to intervene in the IOL protocol or request anything other than what the medical staff suggested.

Despite being assertive generally, I felt that medical decisions and decisions being made by medical professionals are somehow outside my control.” (Lou et al 2018)

Finally, women described their experiences of the induction process itself. Many women “experienced delays and long waits between admission and the actual induction” and “other examples of the lack of information included cases where women were expected to stay at the hospital, but had not been informed in advance and/or cases where the partner was not allowed to stay overnight at the prenatal ward.” (Lou et al 2018). Women also reported feeling neglected during the process and did not have continuity of carer.

“This review identified several negative experiences of women undergoing postterm IOL. However, the experiences of women with induced labor can likely be improved by a communicative and patient‐centered approach. To support their informed choice and shared decision making, women need high‐quality, unbiased information about IOL, alternative options, and potential outcomes, as well as time to reflect on their personal values and preferences. Women may also need supported opportunities to re‐evaluate their hopes and expectations before receiving IOL.”

One really crazy thing is that many of the women who undergo induction for so-called ‘post-term’ pregnancy aren’t ‘post-term’ at all. Term lasts until 42 completed weeks of pregnancy. We have a long way to go in this area.

Background: Over the last decade, induction of labor (IOL) in postterm pregnancies has increased. Studies have shown the medical advantages of postterm IOL, but less is known about the perspectives of the pregnant women. This review aimed to summarize the current qualitative evidence on women’s experience of postterm IOL.

Methods: A systematic literature search was performed in three databases. A total of 3193 publications were identified, but only eight studies met the inclusion criteria. Thematic analysis guided the data extraction and synthesis. The Confidence in the Evidence for Reviews of Qualitative research (CERQual) approach was used to assess confidence in the findings.

Results: Three major findings were identified. First, for some women, IOL required a shift in expectations because the hope of spontaneous labor had to be given up. Second, the IOL decision was considered a recommendation from health care professionals and was experienced as a nondecision. Finally, the induction process was experienced as a sequential set of steps where the women were expected to fit into the existing hospital organization. The CERQual assessment suggested moderate confidence in all findings.

Discussion: The negative experiences identified in this review can be greatly reduced by a communicative and patient‐centered approach. To support informed choice and shared decision making, women need high‐quality, unbiased information about IOL, alternative options, and potential outcomes, in addition to time for reflection on their personal values and preferences. Women may need a professionally initiated and supported opportunity to re‐evaluate their hopes and expectations before IOL.

← “No room for complacency…”
The myth of the aging placenta →

1 comment for “How do women feel about induction of labour for post-term pregnancy?”