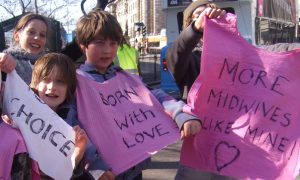 There are several reasons why this paper is important, but I am going to focus on just three of them.

Firstly, this study further demonstrates the effectiveness and safety of woman-centred, individualised and choice-focused midwifery care. It’s hard for many people to understand why governments aren’t doing more to promote and support midwives and ensure that midwifery is regulated by bodies that are fit for purpose, because this and similar studies show time and time again that midwife-led care leads to lower intervention rates and safe, positive outcomes, even for women (like many of those in this study) who have complex pregnancies and perceived risk factors.

It has been shown that women from BAME groups and single women are at higher risk of adverse outcomes during pregnancy and after. For example, these women are more likely to experience complications during pregnancy, an unplanned caesarean section, and having their baby cared for in a neonatal unit than those from the White British group (Raleigh et al. 2010). Babies of Black or Black British and Asian or Asian British ethnicity have also been shown to have the highest risk of extended perinatal mortality with rates of 9.8 and 8.8 per 1,000 total births respectively (Manktelow et al. 2015). These rates are considerably higher than the Albany rate of less than 2.0 per 1000 births in women from BAME groups (Table 8). In addition, in a UK survey, women in all minority ethnic groups had a poorer experience of maternity services than White women (Henderson et al., 2013) and expressed more worries about labour and birth (Redshaw and Heikkilä 2011). 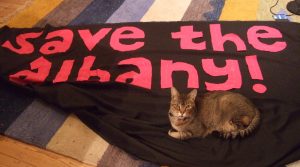 This paper will also, I imagine, be important for all those who worked in the Albany Practice. These are some pretty amazing people. As the current paper details, “they negotiated the first National Health Service (NHS) contract between a local health authority and self-employed midwives. They successfully applied for NHS funding to address inequalities in health and promote long term health gain through the provision of community based, continuity of midwifery carer throughout the childbearing period (caseload practice model) to groups of women known to have poor health outcomes due to various forms of disadvantage.” (Homer et al 2017). But the practice was controversially closed by the Trust in 2009, in response to concerns about safety. The current study was carried out as an independent evaluation of the maternal and neonatal outcomes over its entire 12 and a half year span and this evaluation demonstrates that the Albany model offered safe and effective care.

Let’s hope that the weight of evidence for woman-centred midwifery care will soon tip the balance so that more women and families can experience this kind of care.

You can find more information about the Albany model here.  And most of the photos included in Birth in Focus: Stories and Photos to Inform, Educate and Inspire, which I blogged about recently, were taken within this model and demonstrate elements of the midwives’ practice.

← Dissertation tip #103 – proofread what you’ve written…
Who’s most likely to get an inaccurate due date? →