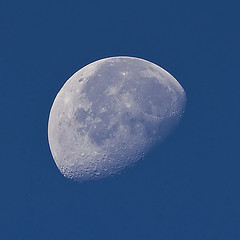 I have learned this week that some things can’t be repeated often enough. If you know the story of the theoretical risk of water embolism and understand that this is no more likely than lunar transplacental relocation (the explanation of which shall be offered in just a moment), then I will simply thank you and invite you to click away.

If, however, you are harbouring the impression that the theoretical risk of water embolism is an actual possibility and/or a real risk when women labour and/or birth in water, then please give me three more sentences to convince you otherwise.

It is not real.

Michel Odent made it up, when the then editor of The Lancet asked him to theorise about possible risks in his 1983 article about waterbirth.

He is really sorry.

He is also, at least when we last discussed it, not best pleased that this is the one phrase that everyone remembers from a seminal article. It was seminal in that it was the first ever published research on waterbirth. This practice was not the original intention of the unit he ran in Pithiviers; they were just using water for labour. But waterbirth is the inevitable occasional occurrence in a population of women who were really enjoying the water and sometimes accidentally didn’t get out in time. (And good for them, I say; I’m all for a bit of policy-bending!)

In fact, I don’t need to detail the whole story here, because I have already written about it in an attempt to share it more widely and spread the word that this risk was speculative and hasn’t happened in thousands of waterbirths.

Here’s the article I wrote on this:

The Birth of Water Embolism

Most midwives have heard of the “theoretical risk of water embolism” that is often cited as a reason to haul women out of a birth pool and onto land for the third stage of their labour. I first heard the story of the birth of water embolism several years ago from Michel Odent, who might justifiably be called the father of water embolism, and it is a fascinating one. Michel has kindly supplied me with the facts of the story so that it can be told in print and, hopefully, serve to provide midwives with a way to challenge policy based on this alleged risk.

In June 1983, when L’hôpital de Pithiviers had been using a birthing pool for about 5 years, thousands of women had used the pool for pain relief and the hundredth baby was born underwater. The main aim of using the pool at Pithiviers was not actually to promote water birth, but to help those women who experience especially painful contractions and whose cervices tend to have a hard time opening beyond about 5cm without some kind of pain relief. However, the staff were well aware that, because labour could progress extraordinarily quickly underwater, births would happen in the pool, even if this were not the intention. Odent wanted to share their experiences with colleagues via a mainstream medical journal with the main aims of documenting their experiences and warning colleagues that, ‘in any hospital where a pool is in daily use, a birth under water is bound to happen now and then’ (Odent 1983: 1476).

Odent notes that, “It was also a reason to think of all the possible risks that further studies would have to consider if other teams decide to use birthing pools. In order to have my paper accepted in The Lancet, I had to show that I was aware of a great variety of risks that were purely hypothetical or theoretical, since our hospital was the only one in the world having birthing pools available.” (personal correspondence 2005).

And so the hypothetical risk of water embolism was born; not far from Paris, in the mind of a surgeon who, in the absence of data relating to risks, had been asked to dream up possible risks of water birth. Twenty-two years later, the only part of the paper that people seem to remember is the theoretical risk of water embolism, yet nobody has ever seen or experienced a water embolism. Equally, nobody has ever seen or experienced a woman’s placenta being spontaneously transported to the Moon. Can we say these two things are equally unlikely?

Given that neither of these things has ever happened, logic would suggest that they are equally unfounded. Yet somehow the likelihood of what I shall term the theoretical risk of lunar placental translocation seems less likely to happen than the theoretical risk of water embolism. Which perhaps goes some way to explaining the longevity of the theoretical risk of water embolism as a feature of water birth guidelines. It sounds like it might just be possible: given what we currently think about amniotic fluid embolism, no-one’s imagination has to stretch too far to imagine a uterine sinus letting in a trickle of pool water, with knock-on effects on the woman’s body. Implications for women aside, it’s a testament to Odent’s imagination that he came up with such a likelysounding scenario, and a testament to the wide audience his paper received that it has become so ingrained in practice. Yet it doesn’t exist, has never existed and, therefore, is not justified as a reason to make women get out of the pool for the birth of their placenta.

I suspect that, because the theoretical risk of lunar placental translocation does not sound as feasible, it will not be written into third stage guidelines. But, just in case it does, let me suggest that the best way of preventing it is to be very nice to women before, during and after the third stage of labour, provide them with whatever they need and respond to what they say with the utmost respect, as I predict that they are the first people who will have an inkling that the theoretical risk of lunar placental translocation is about to occur in reality.

Acknowledgement: Many thanks to Michel Odent for sharing his story with me, and allowing me to re-tell it here. I would like to point out that he in no way condones or supports the hypothesis of lunar placental translocation.