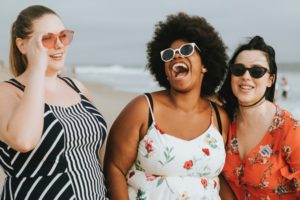 What are the consequences of induction of labour for larger women?

A few weeks ago, I spotted a paper titled “Influence of Maternal Obesity on Labor Induction: A Systematic Review and Meta‐Analysis”, which was published as an ‘early view’ paper in the Journal of Midwifery and Women’s Health. The contents struck me so much that I wrote about it as my ‘study of the month’ in my Birth Information Update, but I wanted to blog about this too, because the findings are important and yet are not getting as much attention as they deserve.

Ellis et al (2019), who are based in the USA, note that induction rates are highest in larger women.

This may or may not be true in every country, but we hear from a significant number of larger women from around the world, including the UK, the USA, Australia, New Zealand and several European countries. Many are distressed about being told they ‘need’ to be induced because of their size, so it’s clearly of concern to many. Many people are concerned that this isn’t supported by the evidence though. This something I wrote about in my 2021 book, In Your Own Time: how western medicine controls the start of labour and why this needs to stop.

There are complex reasons for the high induction rate in larger women, including the association of higher BMI with complications (although I am not aware of good evidence to show that induction of labour leads to better outcomes) and the fact that larger women tend, on average, to go into labour later than women of average weight, which means they have more chance of being told they need to be induced because they are ‘post-dates’. The fact that they may, on average, birth later also means that they have more appointments with health professionals during which induction may be recommended.

The authors of this paper were concerned because, despite the publication of studies claiming to demonstrate that induction reduces the caesarean section rate, “In all women, labor induction is associated with longer labor course, more dysfunctional labor patterns, increased use of interventions (epidural analgesia, invasive fetal monitoring, and instrumental or operative birth), and extended hospital stays.” (Ellis et al 2019). So they conducted a meta-analysis which considered ten cohort studies.

If you want to know more about induction of labour generally or you need to decide whether or not to have your labour induced, you might find my Inducing Labour book useful. It explains the process of induction of labour and shares information from research studies, debates and women’s, midwives’ and doctors’ experiences to help women and families become more informed and make the decision that is right for them.

Different people will take different things from these findings. Some will focus on the question of whether we need to change induction protocols for women who are larger, while others will be more concerned on letting larger women know that, whether or not they are at greater risk because of their size, this data confirm that they are at greater risk of ending up with intervention or operative birth than their average-sized friends if they opt for labour induction. What we don’t know – as I have discussed before – is whether this is because of issues directly caused by size or weight, or because larger women are treated differently by health care providers.

We create safe spaces for midwives, students and birth folk to get updated on the evidence AND consider other ways of knowing. We invite you to take a look at our online courses  and see Sara’s upcoming live events page too 🙂