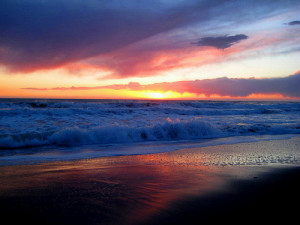 I am a big fan of Archie Cochrane, who said many wise things, and one of them has become known as Cochrane’s aphorism. I wanted to mention this as a brief addendum to the page on my work on questioning screening.

Cochrane is known by many for his emphasis on the value of randomised controlled trials (RCTs).  He argued that these provide the most reliable kind of evidence when it comes to assessing whether a drug or intervention is effective.  I wholeheartedly agree, although from time to time I get concerned that some of those who claim to promote evidence-based practice have forgotten the importance of matching the research method to the question, which can mean that the RCT is sometimes inappropriately endowed with a status which it cannot live up to (Here, I explain my position in a fairy story…).

But Cochrane’s concern did not begin and end with the effectiveness of treatments. One of his overarching concerns related to the use of resources.  He argued that, because resources are limited, we should use them effectively and equitably, with an emphasis on forms of health care which have been shown to be effective in properly designed studies.  Because of this, Cochrane was also concerned that health professionals should not be unnecessarily ordering tests unless their results were truly needed.  Hence his aphorism:

“Before ordering a test, decide what you will do if it is (1) positive or (2) negative. If both answers are the same, don’t take the test.”

I first met an idea similar to this when I was a student midwife, through something that one of my mentors used to say.  I have no idea whether the midwife concerned had encountered Cochrane or his teachings. Either way, her application of this was wider than in tests that were ‘ordered’ because sometimes, as we were about to talk to a woman about a screening test such as vaginal examination, she would ask me: 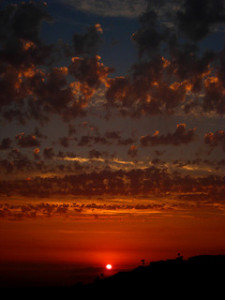 This was SO helpful to me, although I do hope, if said lovely midwife reads this, that she will forgive me for noting that I would use different terminology, as I don’t see this as being about ‘my management’, but about what the woman and her family decide.  (To be fair, I can’t imagine for a moment that the kind of midwife who talked like this twenty years ago would have stood still on the subject of language, and I would imagine that she has probably rephrased it since anyway.)

However you phrase it, I find this a helpful tool.  Asking whether something is going to give us knowledge that will be helpful within a particular context enables us not only to look at the immediate decision, but to look at that in the context of the wider landscape.  In my view, it is a brilliant way not only of achieving Archie Cochrane’s original aim of effectively using resources, but of throwing new light onto the subject of ‘why’ we are doing something – particularly one of the myriad screening tests that are offered during pregnancy and childbirth – and enabling people to take a step back and see how this knowledge fits into the bigger picture.

And it’s not just for midwives and doctors.  A key phrase that I offer in sessions with women/families and birth workers such as doulas is this:

“Can I just ask what this is going to tell us that we don’t yet know?  And will anything change as a result of knowing?”

We create safe spaces for midwives, students and birth folk to get updated on the evidence, re-imagine better practices and consider other ways of knowing. We invite you to take a look at our online courses  and see Sara’s upcoming live events page too 🙂

photo credits: both by ashley rose, via photopin cc