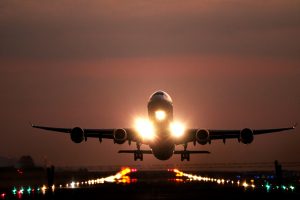 A few years ago, I flew out of a major international airport with a colleague. While I managed to traverse the security check relatively speedily by removing almost everything from my bag and sending it through the x-ray machine in a plastic tray, my colleague was not so lucky. She had already removed her laptop, coat and liquids, but the security staff insisted on taking her data projector from its case and subjecting it to intense scrutiny before allowing her through.

About half an hour after the plane had taken off, my colleague turned to me and said, “do you know, I’ve just realised that there’s a Stanley knife in my bag!” She often travels with this knife, which is useful for opening boxes that get shipped ahead to conference venues, but the speed of our departure from the hotel on this particular occasion meant that she forgot to switch it from her handbag into her checked baggage. Somehow, perhaps partly because the security people were more focused on scrutinising wayward electrical items, this potential weapon had sneaked past the radar and was now flying along in the overhead compartment.

Seeing beyond the numbers…

As a story, this is not that unusual. I’m sure that many people reading this have had similar experiences, and I’m also sure that many people have experienced the frustration of having seemingly random objects confiscated at these checkpoints. In fact, the relative frequency of such events is the very point of retelling this story, which I believe highlights a significant issue for midwifery practice. So many of the things that we do in everyday practice are like airport security checkpoints designed to screen for potential risks, yet no screening process is perfect. Many midwives have had to resuscitate babies who, until the moment of their birth, had textbook-perfect fetal heart tones, and have witnessed the birth generally by caesarean section of screaming people with perfect Apgars who, from the look of their pre-birth CTG readout (and possibly fetal blood gas readings) were going to require the expertise of every paediatrician and special care midwife within a ten mile radius.

There is always a chance that the result of any screening test whether positive or negative might be false, and the ever-increasing emphasis that is placed on the importance of quantitative measurements can mean that, by focusing on looking for a few specific signs, we can fall into the trap of missing aspects of the bigger picture which might help us to spot potential problems ahead of time.

To illustrate this further, I’d like to offer a couple of brief stories from my own practice which I know are also not unique.

The first concerns the woman who was sent to the antenatal ward that I was working on because, when she arrived on an already busy labour ward, her cervix was found to be 2-3cm dilated and it was thus deemed that she was not in active labour. To be fair to my labour ward colleagues of that time, she was coping extremely well with regular but relatively infrequent contractions and was happy to transfer to us. I am also happy that I had not yet left the room when, ten minutes later, she gave two long pushes and her baby was born into my hands. While many midwives have also been caught out in this way at one time or another, this illustrates the need to look beyond the results of the screening test – in this case, vaginal examination – and at the bigger picture, wherein our assessment of other aspects of a woman’s appearance or behaviour might not tally and may thus lead us to be more attentive.

A few years earlier I worked with a midwife who had remarked to me during a shared antenatal clinic that she “did not like the look” of a particular woman, who was about 32 weeks pregnant at the time. All of the usual antenatal visit screening tests had been within normal limits and my friend could not put her finger on what was bothering her, but she asked the woman if she would mind visiting the hospital day assessment unit for further checks. It turns out that this was the best possible thing that the midwife could have suggested because the woman later experienced an eclamptic fit which was treated promptly and with good outcomes all round because she was already in the hospital. Had her midwife looked no further than the results of the screening tests, the woman would have either been at home or on a bus when the fit occurred. Let me reassure you that this kind of thing is extremely rare. But how amazing that the midwife was there and picked it up before the woman even felt unwell.

The question of whether the reactions of the midwives who have had these sorts of experiences are related to luck, experience, intuition or all of the above is fascinating, but not the point here. At no time in the history of birth has more technology and testing been used to assess the wellbeing of women and babies. Because of this, I would argue that at no time in the history of birth has it been more important for us to continually remember that technology is fallible and to strive to use age-old and develop brand-new ways of assessing wellbeing that take the whole and bigger picture into account.

We create safe spaces for midwives, students and birth folk to get updated on the evidence, consider other ways of knowing and chat about all different kinds of wisdom. We invite you to take a look at our online courses  and see Sara’s upcoming live events page too 🙂

And if you’d like to stay up-to-date with birth-related research and thinking, make sure you’re subscribed to our free newsletter list, which means you’ll get Sara’s monthly Birth Information Update.

← Induction of labour at or before 42 weeks of pregnancy: new evidence
Birthing your baby →