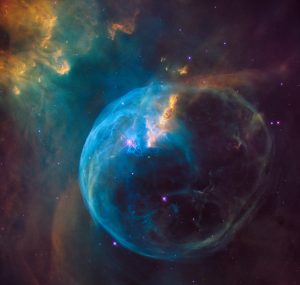 If Doctor Who turned up in front of you right now and offered you the chance to go elsewhere in time to change, remove or amend one tenet of modern maternity care, what would you choose?

Even though I understand that the ripples would ripple out to affect other elements of the cosmos in unforeseen ways and all that, I know what I would pick. I would REALLY like to spend a day in an alternate universe which didn’t entertain the idea that it is useful to spend a couple of minutes at the beginning of pregnancy using a whirly wheel, app or other calculator to calculate an estimated date of birth which is then used as a reference point for the next two hundred and eighty or so days.

The guesstimated due date calculation leads to grief and anguish for so many people.

Having a fixed point due date can cause women to feel desperate as it looms and passes without the arrival of their baby.

Fixed point due dates can lead to well-intentioned pressure from worried (and excited) families.

And they lead to more intervention than some might consider necessary.

Some women abandon all of their previous desires in the face of the pressure.

That isn’t necessarily problematic in itself but I know from experience that a proportion of these women later regret not awaiting spontaneous labour.

All of this might be more justifiable if the setting of a fixed point due date were based on sound reasoning. However, as with so many aspects of maternity care, it is not built upon a solid foundation of evidence and can be challenged in many ways.

I have discussed the evidence in this area elsewhere, but today I would like to focus on explaining what I see as the problem of fixed point expectation syndrome. (Yes, I made that up).

I use the term fixed point expectation syndrome to describe a human state that we can enter anytime we have been looking forward to something.

Like, for example, the arrival of something exciting that one has ordered online.

Or when we are waiting for news about whether we’re going to be offered an exciting new job.

Consciously or subconsciously, we create a fixed point in our minds which represents the time and/or date on which we think the thing we are anticipating – in this case the arrival of the parcel or the news of the job decision – should occur. When it doesn’t arrive on time, we often experience negative feelings.

This is all a very natural and understandable human process, by the way, and no judgement or blame is intended. Estimated dates are seen as necessary if we are to organise our lives within the context of modern culture. No-one wants to take the whole week off to await their new patio furniture. And if no-one had a due date, midwives would find it much harder to organise their lives.

But it’s still an issue worth considering. The fixed point deadline we have created in our mind may or may not be a reasonable assessment of the likely timescale but, either way, there is a problem.

The problem is called variability.

The world we live in is uncertain and things vary. In a percentage of cases the estimated arrival date will be met or exceeded and the person will be happy. In other cases, the deadline will pass without the event having occurred. That’s normal. But many people don’t like it when they end up on what they see as the ‘wrong’ side of the normal range. The result of a fixed point expectation not being met can range from minor disappointment and the need to make an adjustment in planning your evening around the non-arrival of your new book or job offer to more major upset.

Now magnify the excitingness of the parcel by a million, give a delivery estimate that is several months away and see how much fixed point expectation ensues.

This is exactly what we do when we use a ‘due date’ to mark when we think birth might happen. No matter whether the woman herself or a health professional does the calculating, a percentage of women and their families are going to need to work really hard to adjust their thinking when the due date passes without even the first sign of a nesting urge.

Normality has a range.

Because pregnancy lasts for nine or ten months, the estimate can be out by two or three weeks for a good number of people. And, in a culture which promotes fixed point expectation syndrome, this has knock-on effects. In the worst-case scenario, it can lead to decisions which are out-of-sync with what the individual might have chosen in a less emotive and disappointed state. These are the kind of decisions that people may come to regret. This is why I would like to see what life – and birth – would be like in an alternate universe in which it had never occurred to anyone to calculate a fixed point due date.

Yet I don’t think we have to give up hope.

What could we do?

I believe that there is one thing that we could all easily do that would make a huge difference, even in a universe that seems to almost revolve around fixed point due dates.

We can accept that these are still going to be a reality and simultaneously embrace and share the notion of a wider window which offers a more realistic perception of when a baby will arrive.

If we can help people to understand the degree of uncertainty involved in estimating such an event from such a long way off, and spread the idea that it is better to view this as a range rather than a fixed point, then I think we can help them not to experience fixed point expectation syndrome.

Read the second part of this article here.

Photo by NASA on Unsplash