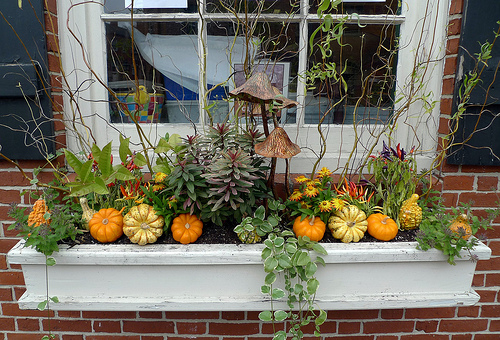 What are the downsides of our focus on having a due date?

In my last post, I wrote about the problem of fixed point expectation syndrome.

I suggested that the act of calculating and then focusing on an estimated due date is problematic. It is problematic because this one date becomes a much-anticipated fixed point. When it then passes before the arrival of a baby, as it inevitably will for a good proportion of women, the expectations that have been built around this can lead to difficult feelings, decisions and/or situations.

It would be unrealistic, however, to suggest the eradication of the fixed point due date. (I am, however, still very much open to my trip in the TARDIS to visit any universe where this notion has never occurred to anyone).

Instead, I propose that, alongside whatever we do right now, we open discussions about wider windows with women, families, colleagues and everybody else.

This problem is not limited to the confines of the antenatal clinic.

Discussion of due dates permeates every corner of modern society.

Normality has a range

The notion of substituting a wider range of probable birthing time for the current fixed point due date isn’t new. In a classic article, midwife Brenda van der Kooy (1994: 5) noted that, “as elsewhere in nature, normality has a range”. Stickler (1994: 325) also recommended using “less specific terminology such as ‘month of expected delivery’ … [which] would cure the many ills stemming from the pseudoaccuracy of the EDC”. Until I began carrying out research into this, however, I hadn’t found any studies which demonstrated midwives or any other practitioners using these ideas in everyday practice.  (If you want to read more about my research, you might like Post-term pregnancy: the problem of the boundaries or Stretching the fabric: from technocratic normal limits to holistic midwives’ negotiations of normalcy.)

As one of the article titles above implies, the concept of stretching the fabric was important to the midwives in this research. In fact, this phrase was used by one of the midwives. She said “I like to stretch the fabric of what is normal…”  Several of these midwives described how they ‘widened the window’ to encompass a week or (more often) a month rather than a single date.

I always talk to them about having a due month, and, you know, if that is like the beginning to the end of a month or a whole, you know the middle of a month to the next.  (Xena)

[I tell women] a lot that the date is not a set date, that it’s actually a whole month that the baby can be born in. If [the fixed point due date is] June 16th she should be ready between the 1st and the 30th of June, anytime. (Anna Andhra)

What can we learn?

This is not unique. I am aware that a number of midwives like to mention the idea of a range, or at least note that the fixed point due date is not very reliable. The midwives in my research went quite a bit further than this, in three ways. And I think we can learn something from what they did.

1. Their discussions were ongoing.  The proposing of a wider window is not something they did during the initial reckoning of the due date and then forgot about. The notion of the wider window is emphasised and discussed throughout pregnancy, which was considered as a journey. In other words, they offered continual reminders. I imagine that the women whose pregnancies were longer than average were less disappointed than they might otherwise have been as a result.

2. They explained their rationale.  The midwives’ discussion of the wider window wasn’t some kind of secret incantation that was uttered in the hope that it would have some magical effect in reducing the risk of fixed point expectation syndrome. They were open and honest about it. They explained that they saw it as part of their role to help women move away from the absolute nature of the fixed point due date and towards a more flexible approach. The midwives’ rationale for doing this is linked to what they perceive to be the potentially stressful impact that a fixed due date can have on the woman, especially where this is perceived as an appointment (Davies 2003) which for many women will pass without any sign of labour.

3. They didn’t just talk to women. They understood only too well that pressure (often well intentioned and loving in nature) came from the woman’s family. So they took every opportunity to mention the fact that we need to think of this time as a window. Often, they described making half-joking, half-serious comments about it. (“Now don’t you [the woman’s partner] be booking time off work from that date onwards; it’ll just as likely come late in the due month as early [and] if the yard can’t be flexible about that, well you just tell them to call me [and] I’ll tell them.”)

In modern culture, it is not considered cool to be overdue – whether for a date, with a library book or when awaiting birth. And this can impact negatively on women. But maybe there are things that we can do about this, not just to help women to avoid fixed point expectation syndrome, but to help our whole society understand that seeking this level of certainty may not be a good idea.