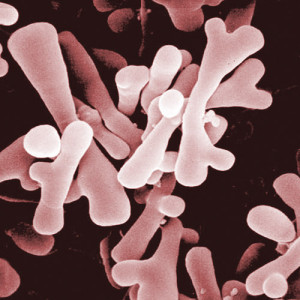 Vaginal seeding is becoming more hotly debated. And I have been watching several recent conversations in medical and other forums. Often, these are about the research which considered whether transferring maternal vaginal flora to the baby is effective as a partial means of helping babies become colonised with beneficial bacteria.

The things that are concerning me are manifold, and not least of these is the continued notion that we can make caesarean section almost as good as vaginal birth. (I really do think that we need to make caesarean section as good as possible for the women and babies who truly need one, but we need to be very careful about thinking that we can improve on a process that we don’t even fully understand.)

But another element of this discussion that is really disturbing me are the heated debates that have broken out about whether it is justifiable to expose the caesarean-born baby to the vaginal bacteria of his mother, with some proponents of this debate arguing that this has not been proven to be safe, which has led to responses by health information departments.

This is the same bacteria which the baby would have been born through if the caesarean section hadn’t taken place. I’m OK with the idea that we should offer different information in situations where a woman has an infection which may be potentially problematic for her baby. I’m forever ranting about how we don’t know either way whether seeding is useful or not. I’m very open to discussions about whether caesarean section interferes with one or more of the baby’s systems in other ways that impact upon this discussion. We know so very little.

While we’re at it, I’d like to throw my two penny’s worth into the debate which is also taking place about why artificial seeding after caesarean section isn’t as good as the natural seeding which occurs during vaginal birth. Even apart from the fact that one is intended to happen (and is almost certainly far more complex than we think) and the other is a crude and human-created approximation of the first, might the facts that (1) up to a third of labouring women get antibiotics in some areas and (2) almost all women who are undergoing caesarean section are (with very good reason, given the high risk of infection after caesarean section) routinely given antibiotics have anything to do with it?

Just a thought… Feel free, as ever, to pile into the discussion…

13 comments for “A small ‘seeding’ rant”