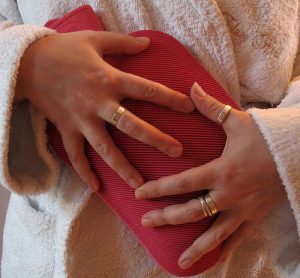 It’s important to be careful when using heat for women who have epidurals in labour.

A case study shared in this month’s International Journal of Obstetric Anesthesia carries an important warning message for women choosing to (and, almost more importantly, those supporting or working with women choosing to) use epidural or other forms of regional analgesia during labour and birth.

Anaesthetists Justine Elliot and Felicity Plaat shared the story of a woman who suffered multiple partial-thickness burns after using a hot water bottle in labour while also receiving epidural analgesia (Elliot & Plaat 2017). The woman later reported that she asked for the bottle because her legs had felt cold, but the epidural rendered her unable to feel that the bottle was too hot and was burning her legs.

An important feature of this story is that it would appear to have been family members supporting the woman in labour who prepared the hot water bottle, without realising the danger that this could pose:

“There is a strict “no hot water bottle (bag)” policy on our labour ward and midwives are instructed not to fill the bag if presented with one. Women and their partners however are not routinely informed of this restriction and have access to boiling water for tea and coffee-making, this being one of the few areas in the hospital where patients and their relatives have such access.” (Elliot & Plaat 2017).

This is a rare event which could have been prevented with good information, so it would be a shame to see kneejerk responses such as the removal of access to hot water, which is a welcome and family-centred feature of some birthing areas. I also totally understand that some women, families and birth supporters see the universal restriction of comforting tools such as hot water bottles in medical birth spaces as unsupportive of women’s choice, and I have a good deal of sympathy for that position. But good information is the key, and both women who choose epidurals and those who support them need to know that the loss of sensation that accompanies regional analgesia poses a very real hazard to women’s postnatal health in a number of ways. Another important hazard associated with regional analgesia occurs where a woman is not able to feel that she has been placed in a position which will cause injury or later pain.

“Perhaps a simple list of ‘Do’s and Don’ts’ could be left with patients who receive regional analgesia for labour and delivery… The need to protect against extremes of temperature and to warn women about the potential consequences of heat should be included in the training of midwives looking after women with this type of analgesia.” (Elliot and Plaat 2017)

I think our doula and childbirth educator friends could have an important role to play in this information-sharing as well.

← Why it’s not necessarily about you, and caesareans for profit
Women with diabetes and expressing breastmilk in pregnancy →