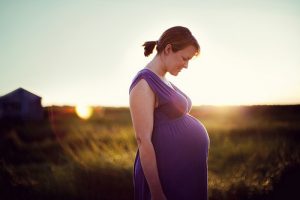 How do birth stories affect women?

Participants in my workshops and online courses often note the many ways in which women are bombarded with the modern focus on risk and the many forms that it takes.

For these reasons and many others, I was really interested to see the publication of a qualitative research study which looks at the effect that birth stories may have on first-time mothers’ understandings of birth. The study explored how two different generations of women – ten who were pregnant in 2012 and ten who were pregnant in the 1970s-1980s – “came to understand birth in the milieu of other’s stories” (Kay et al 2017).

The article which came from this study is freely available online, which means that anyone who is interested can read it in full for themselves. I recommend that you do just that, because there is lots to reflect upon and, perhaps, to discuss with women. For instance:

The women birthing in the present day concentrated on the negative stories they had heard. Stephanie spoke about the, ‘oh my god it’s so painful’, it’s just so painful’, kind of stories, elaborating with the comment, ‘You don’t get anyone who says, ‘it’s brilliant, calm, relaxed’. You just get these horror stories’. Most of the women seemed accepting of the negative stories; Isabel went as far as to say, ‘I have a morbid fascination with them’. For Stephanie it seemed another facet of modern life:

‘What I found, it’s like you can go and buy something from Amazon, and you’ve got reviews. Some people will put up the good reviews but most of the people who are making the effort to put a review on is because it’s negative‘. (Kay et al 2017)

I was also really interested by this section, in which the authors shared the women’s feelings and thoughts about the internet:

Nearly all the women birthing in the present day relied heavily on the internet as a means of accessing birth stories and as a source of information. Mary talked about using it ‘where I need quick answers on things’ and Joanna suggested that it is a useful tool ‘if you’re having an ‘am I allowed to take Rennies or not’ moment’. For some the internet was not merely an information source but was also a place to access social support in the form of online communities. Charlotte explained:

‘You can talk about anything on there, like if you’re worried about birth or whatever and people have exactly the same sort of questions that I have‘.

Despite the value many of the women placed on the virtual community some were quite sceptical about it. Mary got to the hub of the matter stating, ‘I mean you don’t know who they are. You don’t know whether it’s true. It might not be helpful. It might just scare you’. For Mary the internet could be a dangerous place as ‘everybody’s an expert’. (Kay et al 2017)

But some of the most interesting revelations come with the conclusion to the study.

“This study showed that the information gleaned from birth stories did not create meaningful knowledge and understanding for women; thrown into the world of birth the women were similarly thrown into the dialogue of that world and the dialogue spoke of intervention, management and an increasing reliance on technology. The ‘idle talk’ shared shaped women’s expectations of birth and determined the way that they expected to ‘perform’ birth.” (Kay et al 2017)

This will resonate for many people, I am sure. The findings of this study suggest that, although women giving birth today have access to more information than ever before, this doesn’t prepare them well for birth. Instead, they are overloaded with unhelpful information and a focus on the negative. The authors conclude that, “The nature of the idle talk being shared around birth needs to change so that the default story is not impersonal, perilous and out of place.” (Kay et al 2017)

You can read the full study here.

photo credit: David Salafia You’ll shine like gold in the air of summer via photopin (license)