I once found a template in a certain version of a popular word processing programme that offered a checklist of things you might want to pack and take to the hospital when you went in to have your baby.  I actually came close to writing an article about it, not because the discovery changed my life or revolutionised my thinking, but I was a bit intrigued as to how it developed, and a bit concerned about the way it might further reinforce the unhelpful idea that hospitals are the only or best places to have babies.  About two minutes later, something else captured my attention and I forgot all about the checklist, until the memory was triggered by a paper I spotted last week.

The paper isn’t in a journal I usually read, and I came upon it quite serendipitously.  Freely available online here, it describes a small but fascinating study by Johan Lundström and colleagues.  Building on what we already know about the way we process smells, the researchers wanted to learn more about how the smell of a newborn baby affected women’s brains.

They recruited 15 women who were not mothers and 15 women who were giving birth for the first time.  They checked that all the participating women had a normal sense of smell and then attached them to a very complicated-sounding apparatus involving a special smell-delivering nasal cannula and an MRI scanner.  They were then delivered the scent gathered from undershirts which had been worn by newborn babies (who were not, by the way, the babies recently born to the women in the study, because that would have added another variable which was not the one under study here). 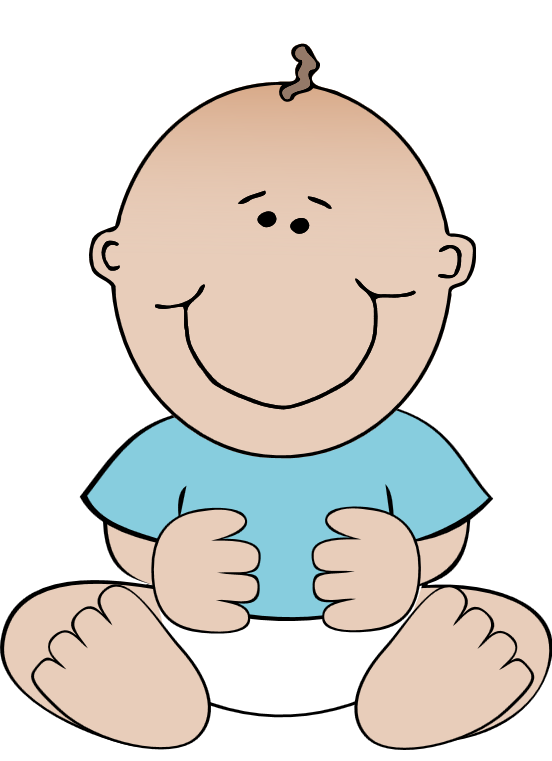 The results showed that all the women demonstrated increased processing in the neostriate area of the brain while smelling the babies’ vests, with women who had just given birth having the strongest response.  This area of the brain has been shown in other studies to be linked with reward mechanisms, which implies that the body odour of a 2 day-old newborn baby conveys cues that can motivate women to care for a baby.  (It might well motivate men too, but this particular study only included women).  Such a finding might not be hugely surprising to the kind of people who are likely to be visiting this website, but it both adds to our knowledge about the olfactory elements of bonding and provides food for thought about whether there are things we can do to help promote bonding, especially in an age where the number of interventions that many women experience may make it harder for them to experience the rewards that nature intended…

The researchers are clear that their research has limitations.  One that I did not see mentioned was that the study recruited women who were giving birth in hospital and the babies wore the undershirts in the delivery ward, where there would be different – and maybe more – smells than in the baby’s home.  It would be very interesting to see if there were any differences where babies who are born at home (and then remain there), but that is a different piece of research.  But it is fascinating, and it provides an important reason to ponder something that has become a fundamental but possibly unhelpful facet of everyday life, as the contradictions that arise when we consider the following two sentences show:

Body odors are commonly viewed as a negative and large amount of financial resources and efforts are daily dedicated to either hiding or eliminating them (Gilbert and Firestein, 2002). (Lundström et al 2013)

Many people already know that babies are better off if we do not put unnecessary and chemical-filled products on their delicate newborn skin.  Is it possible that we also need to think about the impact of covering up adult bodily odours around the time of birth, whether because they inhibit women’s ability to smell their own babies or because the babies themselves also need to smell their mother’s actual smell rather than her (or her midwife’s) current favourite perfume or deodorant?

I am not proposing that we do anything drastic before we think and talk more about this, but should we be considering talking to women – and perhaps also their partners and families – about the implications of this kind of research?  We already know that women have a heightened sense of smell around this time, so this may be a moot point, but would women want to wear highly perfumed products around the time of birth and in the immediate postnatal days if it might interfere with the relationship they are developing with their new baby?  Do visitors ought to be invited to think twice about what they apply before entering a room occupied by birthing women or new mothers and babies?  Should we consider the effect that the products that might be worn by staff have on the bonding process?  I don’t want a BO-filled delivery suite any more than the next midwife, but that doesn’t mean we shouldn’t at least consider the options, and keep an eye on the kind of research carried out by scientists such as Lundström.  And maybe invite women to decide whether they want to fill their checklists and birth bags with scented goodies or to look at whether a different approach to body care might better facilitate the building of new relationships.

Studies in non-human mammals have identified olfactory signals as prime mediators of mother-infant bonding and they have been linked with maternal attitudes and behavior in our own species as well. However, although the neuronal network processing infant cues has been studied for visual and auditory signals; to date, no such information exists for chemosensory signals. We contrasted the cerebral activity underlying the processing of infant odor properties in 15 women newly given birth for the first time and 15 women not given birth while smelling the body odor of unfamiliar 2 day-old newborn infants. Maternal status-dependent activity was demonstrated in the thalamus when exposed to the body odor of a newly born infant. Subsequent regions of interest analyses indicated that dopaminergic neostriatal areas are active in maternal-dependent responses. Taken together, these data suggests that body odors from 2 day-old newborns elicit activation in reward-related cerebral areas in women, regardless of their maternal status. These tentative data suggests that certain body odors might act as a catalyst for bonding mechanisms and highlights the need for future research on odor-dependent mother-infant bonding using parametric designs controlling for biological saliency and general odor perception effects.