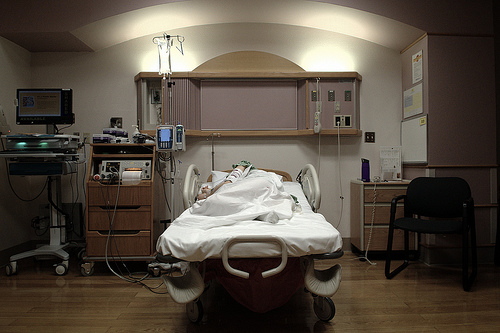 “Electronic fetal monitoring (EFM) entered clinical medical practice at the same time bioethics became reality. Bioethics changed the medical ethics landscape by replacing the traditional Hippocratic benign paternalism with patient autonomy, informed consent, beneficence, and nonmaleficence. But EFM use represents the polar opposite of bioethics’ revered principles—it has been documented for half a century to be completely ineffectual, used without informed consent, and harmful to mothers and newborns alike. Despite EFM’s ethical misuse, there has been no outcry from the bioethical world. Why? This article answers that question, discussing EFM’s history and the reasons it was issued an ethics pass. And it explores the reason that even today mothers are still treated with blatant medical paternalism, deprived of autonomy and informed consent, and subjected to real medical risks under the guise that EFM is an essential safety device when in fact it is used almost solely to protect physicians and hospitals from cerebral palsy lawsuits.” (Sartwelle et al 2015).

Regular readers of my blog may recall that I have highlighted a couple of papers this year from a team who have published their concerns about electronic fetal monitoring in The Journal of Child Neurology and The Journal of Maternal-Fetal and Neonatal Medicine. Their latest article appears in the most recent issue of The Surgery Journal and it focuses on the ethical aspects of electronic fetal monitoring and the authors’ concern that this protects practitioners and health care organisations (who use it to ‘cover’ themselves in case of litigation) rather than women and babies.

“A half century of research in CP and EFM has exposed the myths, fables, and fairy tales forming the foundation for a continuing deceit foist upon mothers and babies by physicians and BRPOs fearful of trial lawyers—so fearful that mothers are given no choice or informed consent about EFM. This medical paternalism supposedly died decades ago, but apparently the reports of its death were greatly exaggerated. As a recent author observed, although EFM is almost certainly fatally flawed, “the overwhelming majority of laboring patients will continue to receive EFM, beneficial or not, in the foreseeable future.”

I am immensely cheered that medicolegal experts are picking up on these issues and raising concerns about the use of EFM in maternity care, as I know many women and practitioners who have been concerned about these issues for years. I am less cheered that the larger medical and obstetric journals are failing to pick up on these papers and discuss the issues, but there are other ways of disseminating information to those who need it, and, if you are concerned about the use of this technology, the existence of such papers makes it easy to frame and share our concerns with friends, clients and colleagues.