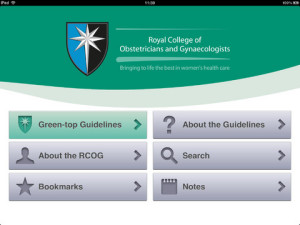 An analysis of RCOG recommendations and guidelines has shown that only 9-12% of these are based on what is considered to be the best quality (Grade A) evidence.  Around 40% are based on ‘recommended best practice’, also sometimes termed ‘expert opinion‘.

Published online ahead of print in the Journal of Obstetrics and Gynaecology, Prusova et al (2014) analysed 52 ‘Green Top’ guidelines which included 1,682 individual recommendations.  Thirty-two of these guidelines (61.5%) and 1,160 of the recommendations (69%) were obstetric.

“Each Green-top Guideline addresses a specific topic, giving a brief introduction to the subject in question and detailing how the supporting evidence was obtained.” (Prusova et al 2014: 1).

The methods of grading recommendations and classifying evidence were changed in December 2007 (see table), and so the researchers analysed guidelines published before and after this date separately.  The results demonstrate that guidelines and recommendations are more likely to be based on expert opinion than good-quality scientific evidence, and that, if anything, this trend is increasing.

“Of the recommendations published before December 2007, 52 (12%) referenced level A evidence; 94 (22%) level B evidence; 126 (29%) level C evidence; and 163 (37%) were based on recommended best practice. Regarding guidelines published from December 2007 onwards, 114 (9%) were based on level A evidence; 145 (12%) level B; 210 (17%) level C; 276 (22%) level D and 502 (40%) were recommended best practice (Figure 1b). This suggests that, contrary to the aims of evidence-based medicine, guidelines published more recently are actually more likely to be based on clinical experience alone.  However, since the new classification system places more stringent measures on evidence that can qualify as level A, the two sub-sets cannot be directly compared.” (Prusova et al 2014: 3).

It is important to note that this is not necessarily because evidence is being ignored, but because, often, appropriate evidence does not exist.  As a result, and as Prusova et al (2014) discuss, guidelines have limitations, are unsuited to addressing flexibility and choice and are not always conducive to individualised care, concluding that, “We should not dismiss the limitations of the RCOG or ACOG recommendations, but acknowledge them in order to neutralise any assumptions made by clinician or patient that recommendations are based on high quality evidence.” (6).

In a paper published on the same day in the British Medical Journal, Trisha Greenhalgh and colleagues (2014) argue that, although evidence based medicine has brought many benefits, it has also had some negative unintended consequences.

“The first problem is that the evidence based “quality mark” has been misappropriated and distorted by vested interests. In particular, the drug and medical devices industries increasingly set the research agenda. They define what counts as disease (for example, female sexual arousal disorder, treatable with sildenafil and male baldness, treatable with finasteride) and predisease “risk states” (such as low bone density, treatable with alendronate). They also decide which tests and treatments will be compared in empirical studies and choose (often surrogate) outcome measures for establishing “efficacy”.” (Greenhalgh et al 2014: 1-2).

Greenhalgh et al (2014) further discuss problems such as the now unmanageable volume of evidence that is available, an overemphasis on following algorhythmic rules, marginal gains, a shift from disease to risk and poor fit for multimorbidity.  They argue that a preliminary agenda for the movement’s renaissance should ensure that care is individualised, prioritise judgement rather than rules and refocus on providing useable evidence that can be combined with context and professional expertise so that individual patients get optimal treatment.

Royal College of Obstetricians and Gynaecologists guidelines: How evidence-based are they?

Evidence-based medicine aims to translate scientific research into good medical practice. The Royal College of Obstetricians and Gynaecologists publishes recommendations and guidelines to guide clinicians in decision-making. In this study, the evidence base underlying the ‘Green-top Guidelines’ has been analysed in order to establish the quality of research underlying recommendations.  During this descriptive study of 1,682 individual recommendations, the authors found that only 9 – 12% of the guidelines were based on the best quality (Grade A) evidence. The authors believe that this type of analysis serves to provide greater clarity for clinicians and patients using guidelines and recommendations in the field of obstetrics and gynaecology to make collaborative clinical decisions.

← Skin-to-skin care “should be aggressively promoted”…
Supervision and attendance: control or compassion? →