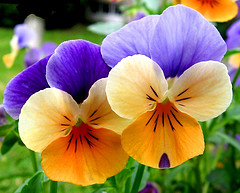 Some of the best research papers are those that explore the topics so obvious or everyday that they are sometimes overlooked, or that are so difficult to discuss that researchers tend to veer away towards safer territory.

The article that I would like to share today falls into both these categories. When I first read this paper, written by Graziano et al (2014), I was reminded of the research that my friend and former colleague Sally Marchant carried out on women’s experiences of bleeding in the postnatal period (Marchant et al 1999).

Graziano et al (2014) studied the somewhat related but arguably more delicate subject of normal bowel function in the first few postnatal days and, while they are not the first to do so, we know so little about this topic compared to some others that I think their findings are worthy of sharing, both among midwives and birthworkers and with women.

The main findings of this study are summarised in the abstract below, and perhaps the most interesting (if not wholly surprising) finding is that the women who had a caesarean section waited almost twice as long (on average 3 days) for their first bowel movement as women who had a normal birth (who waited, on average, one and a half days). In addition, women who chose to bottle feed also waited longer than women who breastfed their babies. Women who breastfed had firmer stools.

The authors acknowledge that several important factors which might affect this were not measured in their study, and that much of the activity which the study reported(!) took place outside the hospital and so relied on women’s recall. I actually see the fact that most women were at home during this time as a good thing. I know from my own more ad hoc research on this topic that being in one’s own home is more relaxing, which can be an important pre-requisite here. Plus, it reflects reality, which is always good.

This also seems like a good post to which to link an article that I wrote on a related topic a few years ago: The Poo Taboo.  I had long observed that the topic of intrapartum pooing was under-discussed. I felt that we needed to discuss this more, especially in cultures that are less open about such topics.

I was fascinated (and not the least bit surprised) to discover that the responses to this article in online discussion fora varied from those written by midwives and students who thought it was great that someone had opened this conversation to those written by people who were clearly very uncomfortable with this topic. In my view, anything that sparks further discussion on this or related topics makes it easier for us to discuss them again, and in more depth. (This is also a favourite goal of Ina May‘s, with whom I have spoken at conferences on this topic).

If you’d like to chat with like-minded midwives and birth folk in a safe space about such topics, while also catching up with the latest evidence, join me on one of my online courses!

PURPOSE: Obstetric patients frequently experience changes in bowel function, throughout pregnancy and into the postpartum period. Little is known regarding the timing and consistency of bowel movements immediately postpartum. The primary aim of this study was to characterize the timing and consistency of the first bowel movement after obstetric delivery in a racially diverse population at an academic medical center.

METHODS: Patients were approached on the day of delivery. Patients received a data collection survey to record the date and consistency of their first bowel movement. Consistency was assessed using the Bristol Stool Form Scale.

RESULTS: One hundred and sixty-nine patients were enrolled and 101 completed surveys were returned, for a response rate of 59 %. The average number of days to first bowel movement was 1.55 versus 3.38 (p < 0.01), for vaginal delivery and cesarean section, respectively. Univariate analysis revealed cesarean delivery (+1.79 days, p < 0.01) and breastfeeding (-0.64 days, p = 0.01) as independent factors affecting the timing of the first bowel movement.

CONCLUSIONS: Both route of delivery and breastfeeding status may affect timing and consistency of the first bowel movement after obstetric delivery.

← Mindfulness, effectiveness, midwifery and healing…
Deciding to decline, or deciding to wait and see? →