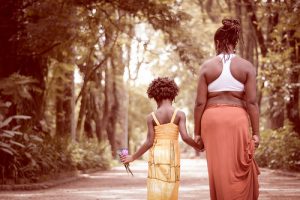 A study carried out in Finland has provided more evidence on targeting anti-D. Or, in other words, how we can use fetal rhesus group testing in order to offer anti-D prophylaxis only to those rhesus negative women who are carrying rhesus positive babies? This would reduce the number of women who need to consider whether they want to have this.

Anti-D has been offered postnatally for about 40 years. (If this area is new to you, you can find a series of blog posts that I have written to explain this issue beginning here). And for the past few years, some areas have been offering women antenatal anti-D as well. But the use of anti-D in pregnancy is more controversial. A significant number of the pregnant women who are offered anti-D in pregnancy are carrying rhesus negative babies. That means they are not at risk of becoming sensitised if they come into contact with their baby’s blood. 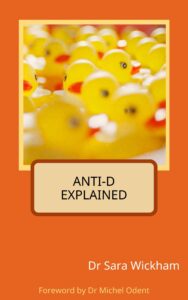 Sara explains the issues and evidence, answers key questions and shares information about what we do and do not know about Anti-D and related topics from research evidence and current thinking. A vital resource for parents, professionals and birth workers.

The current study – described more fully below – further shows that the fetal RHD test is accurate. The test is carried out on blood taken from the pregnant woman. In this study, the blood test was performed at 24-26 weeks of pregnancy. Of the 10,814 women who had their blood tested over a period of two years, only one false negative and seven false positive results were reported.

More information on why this research is so significant can be found here.

Introduction: The aim of this study was to assess the accuracy of the non-invasive fetal RHD test at 24-26 weeks of gestation as part of the national antenatal screening programme to target routine antenatal anti-D prophylaxis (RAADP) at 28-30 weeks at women carrying an RhD-positive fetus

Material and methods: A prospective cohort study involving all maternity care centres and delivery hospitals in Finland between February 2014 and January 2016. Fetal RHD genotyping using cell-free fetal DNA in maternal plasma was performed with real-time polymerase chain reaction in a centralised setting. The results were systematically compared with the serological newborn RhD typing. The main outcome measure was the accuracy of the fetal RHD assay; the secondary variable was compliance with the newly introduced RAADP programme

Conclusions: The targeted RAAPD program was implemented effectively in the national maternity care programme in Finland. An accurate fetal RHD screening test allows discontinuation of newborn testing without risking the postnatal prophylaxis programme. In the future, the main area to investigate will be the clinical effect of RAADP on subsequent pregnancies.