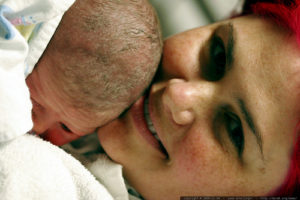 I was so happy to see the publication of a recent paper on microbiome seeding and woman-centred care.

“In a global culture that is increasingly interested in ecological interventions, probiotics, ‘friendly bacteria’, microbiome preservation/restoration and long-term health, there is growing awareness of the idea of seeding the vaginal microbiome in the new born after caesarean section. It is postulated as a way of restoring helpful missing microbes and preventing long term non-communicable diseases of babies delivered by caesarean section. Currently, there is a deluge of evidence being published on the human microbiome, which can be challenging to digest and absorb by scientists, clinicians and patients. The specific evidence base around this technique is at its early stages.” (Lokugamage & Pathberiya 2019).

Thus begins one of the most interesting, considered and balanced articles that I have read for a long time. In it, Amali Lokugamage and Sithira Pathberiya carefully navigate the difficult issues that have been raised by the juxtaposition of the rapid growth in our knowledge of (and interest in) the microbiome coupled with, on the one hand, the call from women for vaginal seeding to be a part of their caesarean and, on the other, some professional’s and several professional bodies’ focus on trying to prevent this from being an option because of the lack of evidence of the benefits or potential harms of this.

The article is freely available so, as you can read it in full here, I won’t offer too much more of a summary. But it is well worth a read, not just because it does summarise the state of the evidence in a woman-centred way, but because the authors effectively highlight some of the complex but really important elements of this conversation. For example, after detailing some of the published medical position statements on this topic, Lokugamage & Pathberiya (2019) point out that the inference that vaginal bacteria could lead to unwanted infection is inappropriate given that, if the decision to have a caesarean is not made, this is how the baby would be born. “To unintentionally infer that the average human vagina is dangerous could provoke feminist consternation” (Lokugamage & Pathberiya 2019). Indeed.

There is much more to their article than this, though. Lokugamage & Pathberiya (2019). also mention the need to discuss other elements of the evidence relating to caesarean section, antibiotic use (with a particular mention of group B strep prophylaxis) and the relationship between these and the microbiome. In addition, they offer useful guidelines for practice, which are based on careful (and expert) consideration of UK law. There is, as they eloquently show, much more we need to learn, but what is also really important here is the need to dance with the complexity of the conversation.

We create safe spaces for midwives, students and birth folk to get updated on the evidence AND consider other ways of knowing. We invite you to take a look at our online courses  and see Sara’s upcoming live events page too 🙂