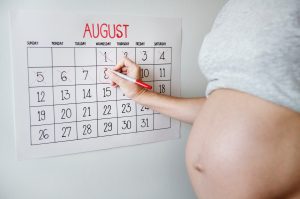 An important study has brought together the results of research into women’s experiences of induction of labour, and the findings show that there is a big gap between what women need and want and the reality of what they experience (Coates et al 2018). This isn’t a completely new finding; we know that many women regret agreeing to or asking for an induction (although it’s important to note that others, of course, are happy with their decision), but each additional study and review makes it clearer that we need to find better ways of getting good and balanced information to women before they make this kind of decision.

If this might affect you, please read more! It doesn’t matter whether you read my book or one of the other fab books out there … just get enough information so you can make the right decision for you! 🙂

The latest research is a systematic review and thematic synthesis which brings together eleven papers (covering ten studies) containing peer-reviewed qualitative evidence. In other words, this is good quality data. The studies involved healthy women as well as women who were perceived to have a higher chance of problems, and this is important because an increasing number of healthy women are finding that they are offered induction of labour on a routine basis. This is in contrast to the situation where a woman is offered induction of her labour because she is experiencing a specific problem.

As the authors show, “The review indicates that induction of labour is a challenging experience for women, which can be understood in terms of the gap between women’s needs and the reality of their experience concerning information and decision-making, support, and environment.” (Coates et al 2018).

I can relate to that. When I updated my book on Inducing labour, one of the key things I heard over and over again was that women hadn’t realised what the reality of induction would be like. And they didn’t just mean in relation to the pain or the increased intervention; they wished they had known about the social aspects. They wished they had known that they might end up on the antenatal ward for three days before their labour really kicked in, and they wished they had known that their partner might only be allowed to visit during certain times. And that’s why midwives, doulas, birth educators and other birth folk like me get passionate. When it comes to intervention in labour, it’s not that we want all women to say no; we want all women to have full information so they know what they are signing up for and don’t have regrets later on.

The rising induction rate is increasingly being recognised as a problem. Recent NHS England maternity statistics show that a third of women are having their labour induced, and popular midwifery-led facilities are being closed because midwives are being moved into hospitals as the result of the growing number of inductions. Other recent studies have shown that evidence is lacking to induce labour before 42 weeks and that induction does not lead to better outcomes in healthy women. It is clear that things need to change.

Until these changes start coming from within the maternity services, the one thing we can all do is to share such findings and to let women know to seek as much information as possible in order to make the decision that is right for them and that is based on a good understanding of the process of induction as well as the evidence which shows when it is and is not beneficial. It is women who will live with the consequences of these decisions, so we need to do everything we can to support women in thinking about what is right for them.