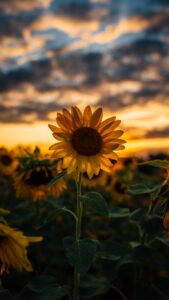 A study published in Obstetrical and Gynecological Survey this week which analysed birth and educational records has shown that children born to mothers who were induced, augmented or both had increased odds of having autism (Gregory et al 2014).  As the authors themselves point out, we always have to be a bit careful how we interpret research of this nature, but the finding that a child born to a woman whose labour was induced and augmented had 23% higher odds of being diagnosed as having autism than a child born to a woman who didn’t have these interventions is one that should perhaps get our attention.  Especially as both of these interventions seem to be used so casually these days, despite increasing evidence that they can cause a whole range of short and long term issues.

I want to be very clear about a couple of things though, because the subject of autism is very close to my heart and I am concerned about the way in which such research findings are sometimes interpreted by certain people or organisations claiming to speak for people who have autism.

But I am concerned that we already interfere too much in birth, that some of this interference is unnecessary and that women who give birth in the future deserve to know such things before they decide whether or not to consent to non-lifesaving drugs and interventions that have such knock-on effects.  I think it is entirely possible to love, value and celebrate difference in general and neurodiversity in particular without necessarily wanting to choose interventions that create more of it than would occur naturally.  But that’s just my standpoint…

Autism spectrum disorders encompass well-known behavioral and cognitive disturbances. Heritable and environmental factors may influence normal development or alter regulatory processes, with environmental factors perhaps exerting their effect during the prenatal and early postnatal periods. This study focused on the association between autism and labor induction or augmentation or both using a population-based data set of linked child educational and birth records from North Carolina to investigate whether birth induction/augmentation is associated with increased odds of being diagnosed with autism.

Demographic and obstetric data were obtained from all recorded live births occurring in North Carolina. Information on autism diagnosis was extracted from statewide educational records. Birth records from 1990 to 1998 were linked with educational data from the 1997 to 1998 to 2007 to 2008 academic years for the entire state (match rate, 74.4%). An individual met special needs eligibility criteria by having deficits in 3 of the 4 areas: communication, social reciprocity, behavior, or sensory. During delivery, a mother was either not induced or augmented (reference), induced only, or augmented only, or both induced and augmented. The association between induction/augmentation was examined in a range of models with such specifications as (1) only induction/augmentation and infant sex; (2) adding standard maternal-level characteristics; (3) adding maternal medical conditions and health behaviors affecting the pregnancy; (4) expanding model 3 to control for events of labor and delivery; (5) adding to 4 an ordinal variable for child birth year; and (6) adding an interaction between infant sex and induction/augmentation.

Children born to mothers who were either induced, augmented, or both had increased odds of having autism. Further research should target the agents used during induction/augmentation and acute medical and obstetric events during labor. The results do not suggest altering the standards of care for induction or augmentation but do indicate that additional research is warranted.

Photo by Mike Marrah on Unsplash

← Journeying With Women: holistic midwives and relationship
Five things we learned in Winter 2013… →

8 comments for “Induction, augmentation and autism…”