Has the pandemic affected induction of labour?

This is an important question, and one I hear a lot. Many midwives, doctors, birth workers, women and families feel that it has. And now a survey carried out in the UK has confirmed this. I wrote about this paper in the April 2021 edition of my Birth Information Update. I’m now sharing it here.

“Induction of labour (IOL) is one of the most commonly performed interventions in maternity care, experienced by around 30.6% of pregnant women in the UK.” (Harkness et al 2021).

Thus begins the report of a national survey “to examine whether and how the COVID-19 pandemic has changed practice around IOL in the UK.” (Harkness et al 2021). The researchers used an online survey which senior midwives and obstetricians were asked to complete.

What did the researchers find?

The overall findings were that:

A few of the specific findings are worthy of more exploration.

There are concerns about how induction is defined and what this includes. Membrane sweeping is not usually counted as induction, and yet is is clearly used to induce labour. (It doesn’t always work, and it has downsides, and more on that here. But it is used with the intention of inducing labour. So we should be honest about that).

I also hear from some colleagues that certain types of ‘outpatient induction’ may not always be accurately recorded as such. But it’s also important to remember that not every Trust and Health Board responded to the researchers. That fact may explain the difference between the rates that come from different sources of information. 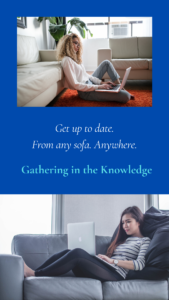 If you’re a midwife or birth worker and would like to get up-to-date and learn how to analyse studies like this one, come and join me for an online course! Click to see what’s currently on offer.

“There is a lack of formal evidence to support decision-making around outpatient cervical ripening: the basis on which changes were implemented and what evidence was used to inform decisions is not clear.” (Harkness et al 2021).

Respondents were also asked whether they had noticed a change in women’s responses to recommendations for IOL in relation to gestational age in light of the pandemic. Around a quarter (24%) said yes. These midwives and doctors discussed three areas. Women were reluctant to have induction generally, they said. Women were understandably concerned about not being able to have their partner with them. And more women wanted home birth and were therefore keen to avoid induction.
This won’t be surprising to anybody involved with birthing women and families over the past year. It is useful to see it emerging as a key finding in this type of study. It is also likely that the level of concern will be even higher than is reflected here. Not every woman will have shared their concerns with health care providers, especially as the nature and frequency of interactions changed in so many areas.

Change driven by clinicians, not women/families

One thing that is worthy of note is that, while care providers noted that women were more likely to want to stay at home, the research team found that “the shift to outpatient IOL was clinician-driven rather than service user-driven.” (Harkness et al 2021).

This is key, because some professionals are pushing for higher levels of induction by making outpatient induction more readily available. It’s important to ensure that adequate research has taken place before this is offered. If it is offered, it’s then vital that women and families are given good information about the pros and cons of this. No-one has to have induction if they don’t want it. Often, the risks and benefits aren’t as clear-cut as people think. Some women are really dissatisfied after induction, and induction brings downsides and risks of its own.

But it’s also important to note that some Trusts and Health Boards removed the option of outpatient induction during the pandemic. This inconsistency is frustrating, albeit perhaps inevitable given that everyone was – at least initially – trying to adapt to an unexpected and challenging situation. But we have now had time to adapt and we can hope that more attention will be paid to the needs of women and families, and the evidence. As the authors write:

“Recent professional scrutiny and reflection recognises that some changes that were made were unnecessary and potentially harmful, and revised guidance concerning service level response to the pandemic has now been issued. It is not clear whether the changes in policy and practice found in this survey are permanent or whether they will be subject to further scrutiny, either in response to guidance from obstetric and midwifery professional bodies or when COVID-19 is no longer a factor in service provision.” (Harkness et al 2021).

Only time will tell.

Find out more about induction of labour and weigh up the pros, the cons and the evidence in order to decide whether it’s right for you…

The authors of this study conclude that:

“It is clear from this research that the pandemic has changed practice around IOL, although the response varied significantly between NHS Trusts and Boards. There is a lack of formal evidence to support decision-making around home cervical ripening, and the basis on which changes were implemented and what evidence was used to inform decisions is not clear. This affirms disparity and inequity of choice for women who are offered IOL, dependent on the areas in which they live and access maternity services.” (Harkness et al 2021).

It’s more vital than ever that women and families are able to access good information which details the pros and cons of induction of labour.

If you’d like to know more, I have a whole information hub offering blog posts and articles on this topic. I’ve also written two bestselling books on induction of labour: In Your Own Time and Inducing Labour: making informed decisions.

You can see the research study that I’m talking about here: Induction of labour during the COVID-19 pandemic: a national survey of impact on practice in the UK.

If you’d like to delve deeper into birth-related research and thinking, you’re always welcome to come and join me in an online course.

Or sign up to my newsletter so that, like thousands of other people, you can get my research updates early, and straight to your email inbox.

Harkness M, Yuill C, Cheyne H et al, On behalf of the CHOICE Study Consortia (2021). Induction of labour during the COVID-19 pandemic: a national survey of impact on practice in the UK. BMC Pregnancy and Childbirth 21: 310.

← How to cancel a labour induction?
Unexpected home birth: let’s keep our shoelaces on… →