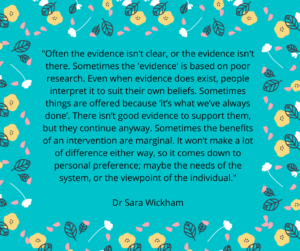 Why does there seem to be an induction postcode lottery? How is it that one woman will be offered induction of labour, while another in almost exactly the same situation and circumstances won’t be offered this? The differences can be seen between different Trusts, different countries, between areas of the same country, between practitioners and even where the same woman is offered one thing in one pregnancy and then something quite different the next time. Even if nothing has changed except that she has had one more baby.

Well, we’ve known about this for a while, and it’s something I often talk about in my workshops and talks. Woman-centred, evidence-informed midwives, obstetricians and birth folk know why this happens. We chat about it a lot. But a research study from Australia has now added to and confirmed some of our understanding of this issue.

“Variability in induction and caesarean rates is driven by uncertainty around what constitutes best practice and differences in clinician knowledge, values and beliefs,” write Coates et al (2020). This was their conclusion after surveying 275 medical and midwifery staff at eight Sydney hospitals. And the fact that all these staff work in the same city, the same country and in the same setting (a hospital) and STILL have wide differences is really telling. Because how much wider are the differences between those working in different areas, different birth settings and so on?

Well, they’re quite different. I know this, because it’s something that I have researched over the years.

But back to Coates et al (2020). These researchers confirmed that there are wide differences in who gets offered or recommended an induction or a planned caesarean. Or, to put it another way: “This study found considerable inter- and intra-professional variation in what were considered valid indications for planned birth. The degree of inter-professional variation for common indications is of concern, particularly regarding timing of induction for prolonged pregnancy and perceived (in)validity of previous lower segment caesarean section as an indication for a repeat caesarean.” (Coates et al 2020).

This inter- and intra- professional variation is what leads to the induction postcode lottery. Different professionals have different opinions and so offer different things.

The next question, though, is why this is and why it matters. Well, it’s because we do not have good agreement on what should be offered and when. It’s debatable. Often the evidence isn’t clear, or the evidence isn’t there. Sometimes the ‘evidence’ is based on poor research. Even when evidence does exist, people interpret it to suit their own beliefs. Sometimes things are offered because ‘it’s what we’ve always done’. There isn’t good evidence to support them, but they continue anyway. Sometimes the benefits of an intervention are marginal. It won’t make a lot of difference either way, so it comes down to personal preference; maybe the needs of the system, or the viewpoint of the individual.

This study shows that experts don’t agree on when planned birth should be offered. There isn’t one “right” answer. “Women should be informed about the benefits and risks of interventions such as IOL and CS,” say Coates et al (2020). I totally agree. That way, you can make the decision that’s right for you. Not the one that’s recommended just because of where you live in relation to the induction postcode lottery.

If this resonates for you, here are a few blog posts that might help you explore the issues further:

Three things I wish every woman knew about pregnancy and birth knowledge:

Ten things I wish every women knew about induction:

Ten things I wish every woman knew about induction of labour: the article

The authors of this paper have previously written about the gap between theory and reality when it comes to induction:

Induction of labour: the gap between theory and reality

If you’d like to engage with me about this and other birth-related issues, I’d love to welcome you to an online course 😀

And you can keep up with my research postings via my free updates and monthly Birth Information Update.

← On wellness
Normality and Goalposts →