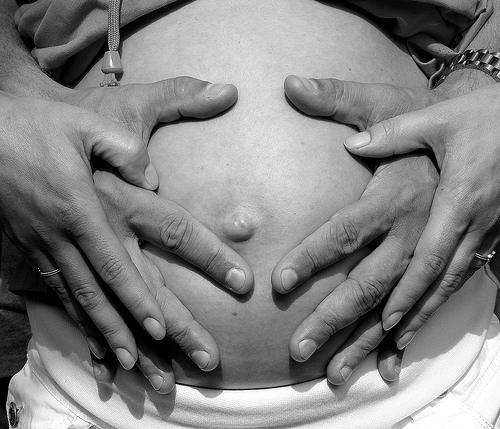 Today, I want to share an open access article on intermittent auscultation which I found really interesting.

I rather suspect that many readers of this blog will be interested too, because the problem that the researcher’s work addresses is one common to systems of maternity care around the world.

That is, the continued domination of CTG monitoring despite

(1) a lack of evidence to support this,

(2) the existence of evidence showing that, for low risk women, CTG monitoring is associated with an increased risk for caesarean section without improved outcomes for babies and

(Two quick notes before we go on. Firstly, I’ve linked to the UK guidance in my last statement above, but similar guidance exists in the USA, Canada, Australia/New Zealand and internationally, as well as in many other countries too numerous to link to.  Secondly, and before you write in, I’m coming back to the ‘low-risk women’ bit below!)

There are probably lots of reasons why evidence about intermittent monitoring is not being translated into practice, but the authors of this discussion paper (Maude et al 2015) focused on the “dearth of practice descriptions for the conduct of intermittent auscultation”, noting that, “current protocols for IA (frequency, timing and duration) are based on expert opinion rather than scientific evidence.” In response to this, they have developed a new decision-making framework for fetal heart rate monitoring, which has been termed “intelligent structured intermittent auscultation”, or ISIA. 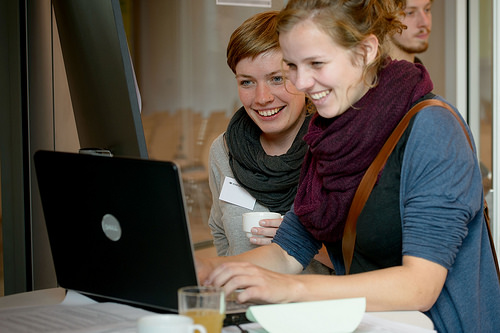 Because the tool that has been developed is detailed, and because the paper is open access (thank you authors), I’m going to let you read it for yourself rather than pick out the details which I think are relevant. (How do I know what’s most relevant to you?!)  There is loads of interesting stuff in the paper, and the topic is an important one, so I would urge you to read it in full. The great thing about proposed tools, models and discussion papers is that, by sharing ideas, they create a space for discussions which others can then join. Often, as is the case here, such research deals with areas where there is lots of uncertainty seasoned with a fair amount of disagreement, and I am already seeing some great discussions emerging from the publication of this paper.

Back to the low-risk/high-risk debate

I said I would return to the question of low-risk women. That’s because reading the paper reminded me of a conference presentation that I heard at the Passage to Motherhood conference in Australia in 2015. The presentation was given by Kirsten Small, an Australian obstetrician-gynecologist who is carrying out some work looking at the evidence in relation to CTG monitoring.

In her presentation, Kirsten pointed out that it’s not only so-called ‘low-risk’ women who aren’t benefiting from CTGs. I contacted Kirsten to see if I had remembered correctly, and she summarised the relevant part of her work in this area thus:

“The Alfirevic et al 2013 Cochrane review on this topic includes women of high and low risk, and when the perinatal outcomes for ‘high risk women’ were examined in isolation the findings demonstrated a lack of improvement in perinatal mortality, no difference in the incidence of neonatal seizures, a statistically significant INCREASE (OR 2.54 [1.10, 5.86]) in cerebral palsy, accompanied by an increase in the caesarean section rate. Some caution needs to be exercised here as there are smaller numbers of women included in the high risk trials, and therefore the data may be underpowered to demonstrate a difference where one exists.

When looking at the criteria used to determine risk status within the Cochrane review it becomes obvious that there is a lack of consensus on what constitutes high risk. For example: 23.8% of the women in the MacDonald et al, 1985 (Dublin) trial who were monitored with intermittent auscultation received oxytocin augmentation and this was not considered as constituting high risk; which is at odds with modern practice. In addition, women with meconium staining of the liquor were excluded from being randomised in this trial, so it doesn’t provide information on the utility of CTG monitoring for this population of women. It therefore becomes difficulty to accurately apply the research findings to clinical practice.

The use of the term ‘requires continuous CTG in active labour’, which is frequently seen in discussion on fetal monitoring, implies that the woman with risk factors for intrapartum hypoxia has no choice in the matter. The method of fetal heart rate monitoring used in labour should be a woman’s informed choice, given the lack of documented neonatal benefit, the possibly increased risk of cerebral palsy, and the increased possibility of surgical birth associated with the use of continuous electronic fetal monitoring in this population.” (Kirsten Small, personal correspondence 2016).

Like I said, fascinating and useful article, and great discussions on important issues.

Aim: The purpose of this discussion paper is to describe the application of intelligent structured intermittent auscultation in practice.

Discussion: The intelligent structured intermittent auscultation decision-making framework is a knowledge translation tool that supports the implementation of evidence into practice around the use of intermittent auscultation for fetal heart monitoring for low-risk women during labour. An understanding of the physiology of the materno-utero-placental unit and control of the fetal heart underpin the development of the framework.

← Fear of childbirth, or fear of medicalisation?
Keeping birth normal by reducing inductions →