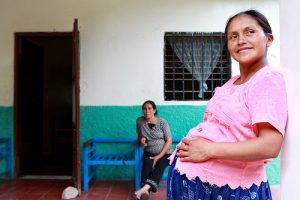 I’ve been talking quite a bit about defining active labour recently. And I just spotted an article that relates to this. Published in Birth, it has added to the debate about the different guidelines relating to the diagnosis* of active labour. And it considers which of them leads to the highest number of caesareans.

*Before I move on, I’d like to quickly note that I am only using the term ‘diagnosis’ because it appeared in the original article. I don’t believe that labour is a disease or problem, so diagnosis isn’t a term that I would personally use…

This debate has been taking place in the pages of a number of medical and obstetric journals. One of the main standpoints is taken by researchers and clinicians who note that traditional guidelines, such as those developed by Friedman, are out-of-date, not fit for purpose and not reflective of what women’s bodies actually do in labour. I can relate to this viewpoint, which is also expressed in the paper at hand. The results of recent research suggest that we could be more flexible about applying limits and boundaries, but proponents of the more traditional viewpoint – that labour progress needs to be tightly monitored and controlled with reference to older obstetric beliefs and data – are arguing that their view is a better one. While it has been heartening to watch this debate and see the emergence of newer models, I do want to also note that there is little acknowledgement that there might be still more flexible and differently-focused ways, which consider approaches that are individualised, midwife-led and/or look at women’s bodies do when they are allowed to labour physiologically and outside of a hospital setting.

Back to the research at hand. It begins by noting that, “Friedman, the United Kingdom’s National Institute for Health and Care Excellence (NICE), and the American College of Obstetricians and Gynecologists/Society for Maternal-Fetal Medicine (ACOG/SMFM) support different active labor diagnostic guidelines” and that the study  aimed “to compare likelihoods for cesarean delivery among women admitted before vs in active labor by diagnostic guideline (within-guideline comparisons) and between women admitted in active labor per one or more of the guidelines (between-guideline comparisons).” (Neal et al 2017).

The study used a retrospective approach to look at data from vaginal examination and compare this to the different gudelines. Here’s what the authors found:

In simpler terms: many women having their first baby are admitted to hospital before they are in active labour and these women are far more likely to end up with a caesarean.

It’s not that we didn’t know that, but it can be useful to look at such trends in more depth, not least because this can help us to realise where problems and potential improvements lie.

The authors also found that the NICE guideline’s definition of active labour leads to a lower rate of caesarean sections than the other guidelines studied and recommended that it might be the best of the current guidelines for lowering caesarean section rates. But let’s not forget that these are still all medical model approaches. One can only wonder how much better again the situation would be if we could adopt the kind of individualised, woman-centred, normality-focused and midwife-led approach that led to the excellent outcomes of the Albany Midwifery Practice and which has also underpinned the practice of the independent midwives whose very livelihood is currently under threat.

If you’d like to look at issues relating to labour progress in more depth, I often discuss issues relating to this in my online courses and at live events. Sign up to my newsletter list to get updates and details of upcoming workshops and courses.

← A Fundamental Contradiction: the business model does not fit midwifery values
Time for a self-care reminder! →