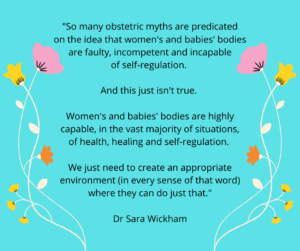 Now and again, I hear someone share the idea that a newborn baby who is attached to its cord needs to be held at the level of its placenta so that gravity can assist it to get its full complement of blood from the placenta.

Is there any evidence for this?

No, and in fact there is evidence to suggest it’s not true, so let’s have a look at that.

In 2014, a study evaluated the tradition-based tenet that newborn babies who are still attached to their umbilical cord need to be kept at the same level as the placenta. And there was a need to challenge this. This position may be awkward. And this can sometimes interfere with mother-baby contact and/or lead to the umbilical cord being cut earlier than is ideal.

(And we’ll come back to that bit about cord cutting, because even this study isn’t ideal in that regard).

Vigorous babies born vaginally were randomly assigned … to be held for 2 min before clamping the umbilical cord, at the level of the vagina (introitus group) or on the mother’s abdomen or chest (abdomen group). 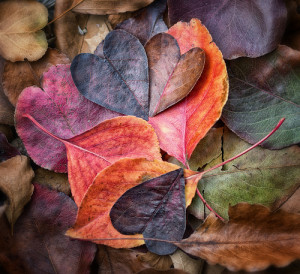 ewborn babies were weighed immediately after birth and after cord clamping. The primary outcome was the difference in weight (as a proxy of placental transfusion volume).”

The results of this study how that the position of the baby makes no difference at all.

So we can add ‘hold newborn babies at the level of the placenta until their cords are cut in case too much blood drains into or out of them’  to the myth of the aging placenta, the idea that a labouring woman’s cervix needs to open by one centimetre an hour and all of the other theories that are not supported by evidence.

In a linked commentary to The Lancet study (Vain et al (2014), Raju (2014) noted that the introduction of delayed cord clamping into practice has been sporadic, and suggests that one reason for this is the logistical problem of practitioners feeling they need to hold babies at the level of the introitus until their cords have been cut. At this point in the birth of a new family (and here I am paraphrasing Raju), pretty much everybody else in the room, including the baby, wants the baby to be skin-to-skin with its mother. But that’s not always what happens. Even though this study is a few years old and might not be the most respectful in a physiological sense (as I will discuss below), I still re-share it. That’s because it still allows us to engage in this conversation. And show that the myth isn’t supported by the evidence.

It would be remiss of me not to note a key issue with this study, though. Which is (as you may have spotted) that the researchers only allowed the babies two minutes before their cord was clamped and cut.

Many people believe that cords should be left unclamped for longer. Ideally, the baby should be able to determine how much blood they need. So two minutes isn’t enough in some cases.

In fact, the amount of blood in both groups in the study is less than we see transferred when babies are allowed to determine how much blood they need (Edwards and Wickham 2018). And there’s a bit more on the two-minute issue here.

Does that mean we should re-engage with the gravity myth?

So many obstetric myths are predicated on the idea that women’s and babies’ bodies are faulty, incompetent and incapable of self-regulation. And this just isn’t true. Women’s and babies’ bodies are highly capable, in the vast majority of situations, of health, healing and self-regulation. We just need to create an appropriate environment (in every sense of that word) where they can do just that. Perhaps we will learn even more then, when we can then see and study what woman and babies do without any unnecessary and unwarranted interference. 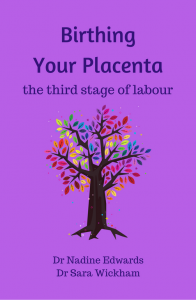 If you’d like to know more about placentas, cords and this aspect of birth, you might enjoy Birthing Your Placenta. I co-authored this book with Nadine Edwards and it was updated in 2018 to reflect new evidence. And we also have a placental birth information hub here.

We create safe spaces for midwives, students and birth folk to get updated on the evidence AND consider other ways of knowing. We invite you to take a look at our online courses  and see Sara’s upcoming live events page too

← Unexpected home birth: let’s keep our shoelaces on…
Am I Allowed? →