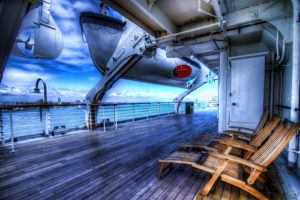 “EFM was introduced into clinical practice with no instruction manual, no clinical trials, with unrealistic expectations of efficacy, and without clearly defined use parameters. Fifty years of trial and error have not cured its shortcomings. By omission and blindness, BRPOs [birth-related professional organisations] have allowed trial lawyers to use EFM like a Saturday night special perpetually pointed at obstetricians and the myriad healthcare providers routinely caring for laboring mothers and their babies. The EFM gun makes every potential birth the one that will result in years of litigation, multiple defendants pointing the finger of blame at each other, and the very real possibility that at the end there will be a career-damaging, headline-making jury verdict. It is little wonder, then, that most physicians view a quick cesarean-section as the only choice when the machine indicates even a slight possibility of a birth problem. Far better to choose early cesarean-section with its complications and risks for mothers and babies than to risk being sued for acting slowly. The failure of BRPOs to act has made this decisional dilemma a daily occurrence and has created an ethical nightmare for innocent care providers: birth decisions made based on fear—the fear of being sued—are neither rational nor ethical.

It is far past time for BRPOs to confront electronic fetal monitoring reality, stop rearranging the deck chairs, abandon the EFM ship, and start over. BRPOs must come to grips with the fact that EFM undeniably creates an epic medical-ethical dichotomy—it harms mother and babies, in direct opposition to the promise care providers made—first, do no harm.”