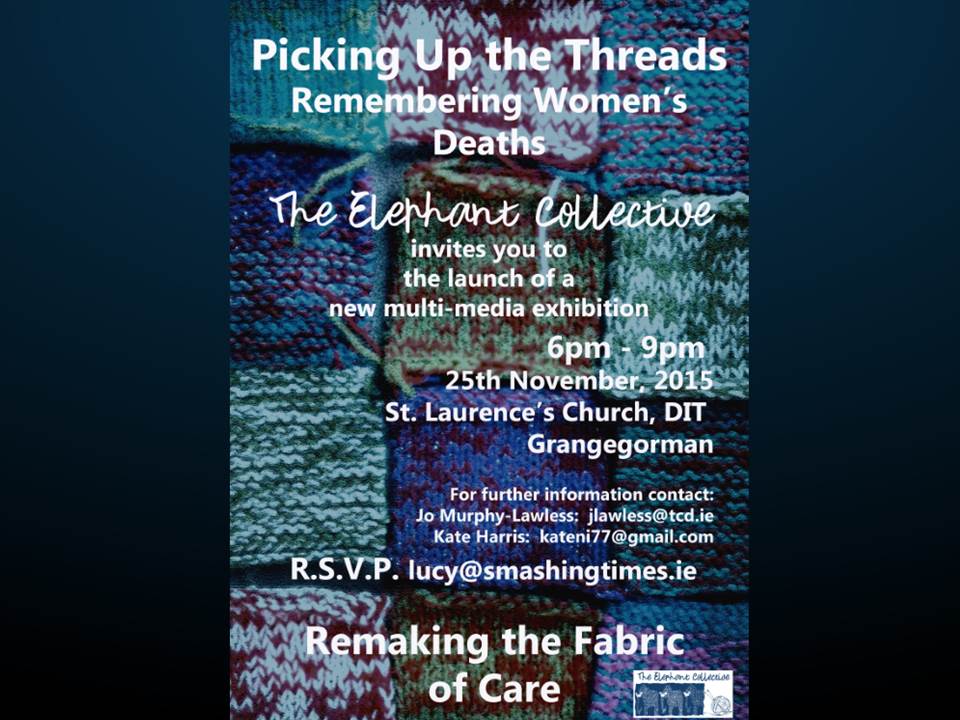 “In the autumn of 2014, following yet another inquest into a maternal death ending with a verdict of medical misadventure,” wrote Irish sociologist, birth activist and all-round fab woman Jo Murphy-Lawless (2015), “I felt strongly that something needed to be done. We needed to draw public attention to the number of these inquests since 2007, what they have revealed about dysfunctional maternity services, to the devastating consequences for the families who have lost wives, partners and mothers, and the consequences for midwifery students and newly qualified midwives who have trained under the shadow of these catastrophic events. We needed to work with some concrete way to honour the women.”

It just so happened that I talked on the phone with Jo that day. When she had finished telling me about what was going on and sharing how passionately she felt that something concrete should be done about this, I reminded her of the quilt project that began life as Ina May Gaskin’s vision to honour women in the USA who had died in childbirth and whose experiences and care were also not being appropriately scrutinised. But quilting is not, Jo said, an Irish tradition.

Knitting, on the other hand, is very much an Irish tradition… 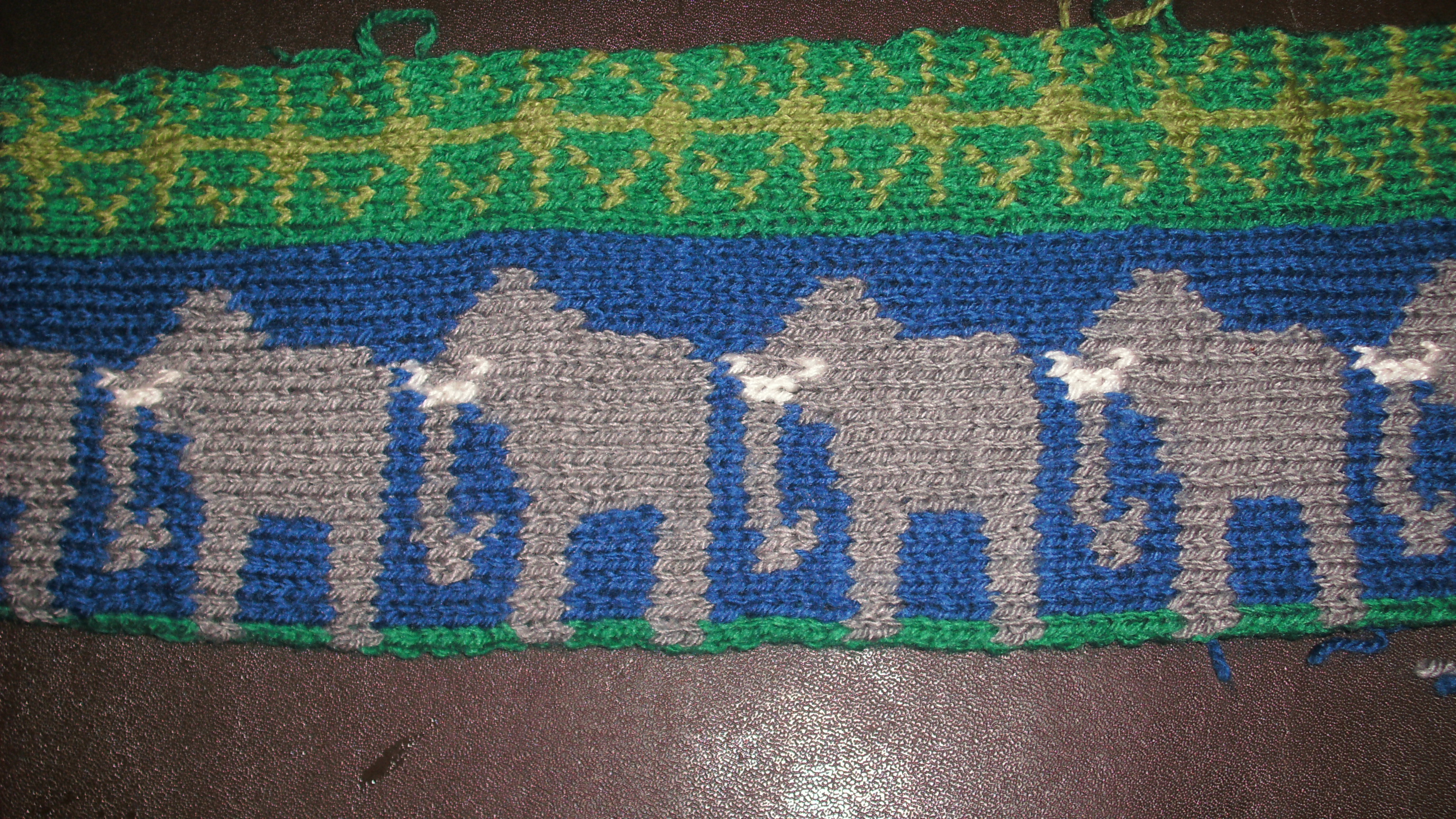 This tiny germ of an idea grew, very literally, in the hands of student midwives and newly qualified midwives and local women and their friends. Jo sought the help of an ever–widening circle of women and midwives to help her imagine and organise the project, and these women got in touch with others.

The finished project involved more than 150 knitting women, many of them midwives and midwifery students, from Donegal to Clare to Kilkenny to Wexford, and from England, Scotland and Australia. These women knitted squares and the squares have now been sewn together to form a physical, tangible piece of art which can be exhibited in commemoration of the women who have died and to call attention to the need for a change in the law so that there is an automatic inquest for every woman who dies in the Irish maternity services.

The women who Jo gathered together to help her organise this project called themselves The Elephant Collective; a name which symbolises much, as the female elephants in a herd will gather together around when one of them goes into labour, in order to protect her and her calf. 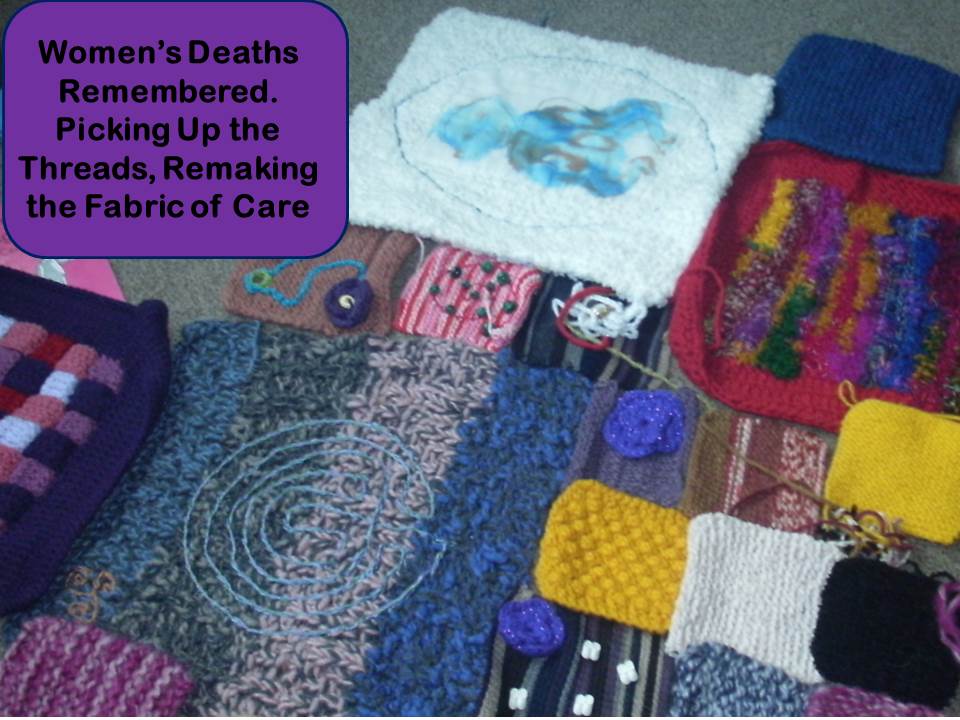 I am really honoured to have been able to knit a square for this quilt, and also to be able to tell you the following story which, for me, epitomises all that is good about circles of women caring for each other. In May of that year, I spoke at the Capers Bookstore Passage to Motherhood conference in Australia. I was delighted to discover that a lovely midwife called Jessie had created a craft circle for participants to sit and knit or sew in. It was full of craft materials and notions and I couldn’t help but pick up some knitting needles and a ball of wool. What to knit, though? Remembering The Elephant Collective and their growing project, I cast on enough stitches to make another square of the right size for their project, and I knitted a few rows, thinking how fun it would be to mail Jo another square and tell her I had knitted it while on the other side of the world. As other midwives joined me, they asked what I was knitting and I was able to share the story of The Elephant Collective and what they were doing in Ireland.

A few rows in, I needed to leave the craft circle to go and speak, and I left my project on the table. Several hours later, when I returned to the area, I discovered that other midwives had completed that first square and begun another, and I was just delighted when, a few months later, I was able to present Jo and the midwives in Dublin with squares for their quilt which had been knitted not just on the other side of the world but by their Australian sisters. 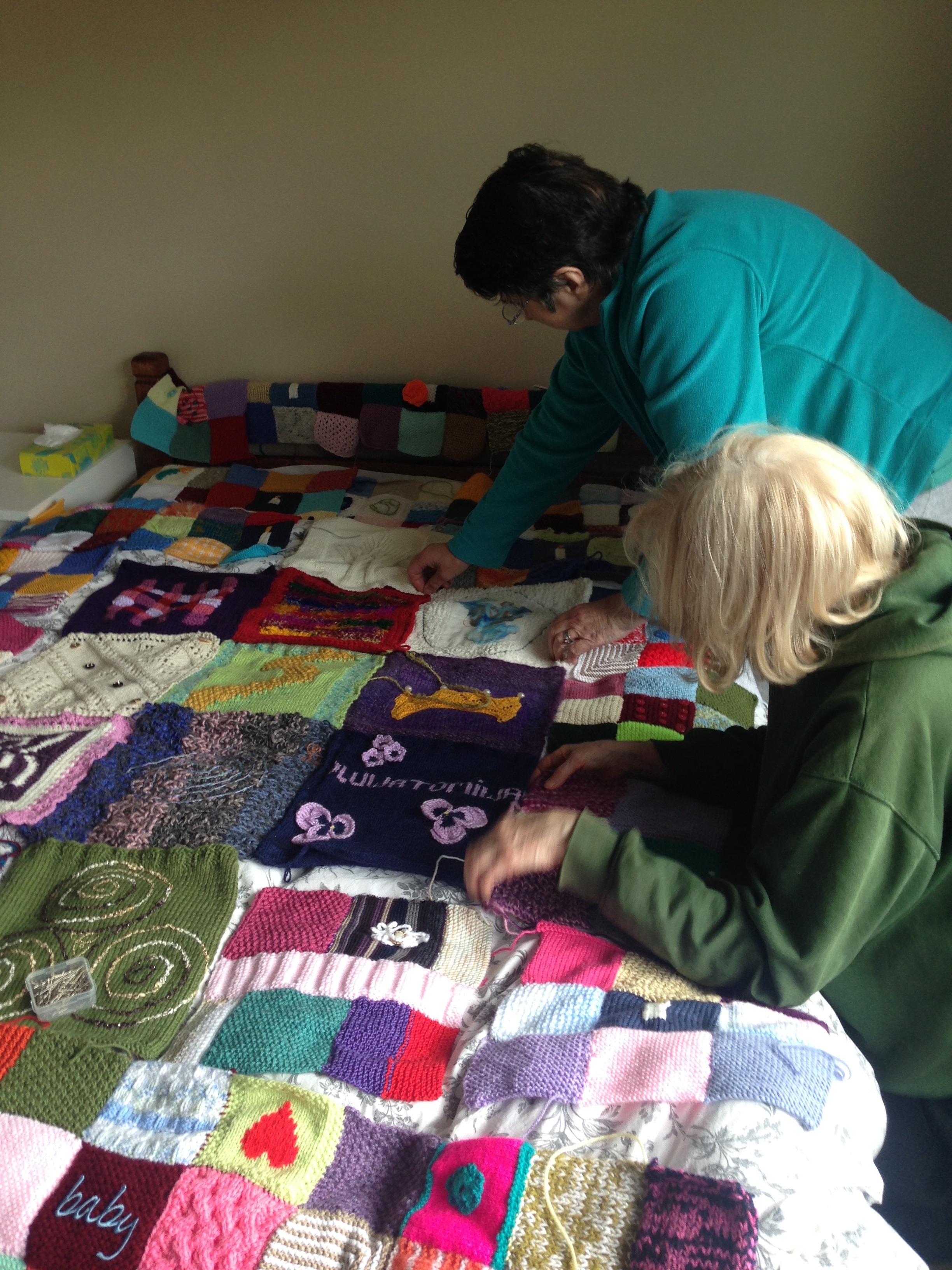 I am just as delighted to be able to report that this knitting project is now complete and, on November 25th 2015, a multi-media exhibition centred on the hand-knitted quilt was launched in St. Laurence’s DIT Grangegorman. It was called Women’s Deaths Remembered: Picking Up the Threads, Remaking the Fabric of Care.

1 comment for “The Elephant Collective: a story of women’s creativity”