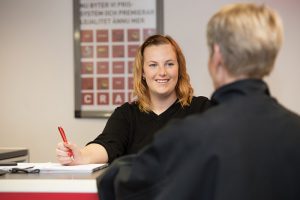 One of the great things about being allowed to write in midwifery journals is that, when you come across an article or idea that pleases you, annoys you or just makes you think harder than usual, you can share those thoughts and attempt to channel them into a learning opportunity for yourself and others.

Or at least that’s how I’m framing it today. I realise that there’s a fine line between reflecting and ranting, and I’m going to try and stay on the appropriate side of it for the sake of furthering what I think is an important discussion. It’s a discussion that I have been having with friends and colleagues since I was a student midwife. At some point in my midwifery learning days, I read something which suggested, quite unambiguously, that part of my role as a midwife was to persuade women.

I didn’t like that idea. I didn’t like it then, and I don’t like it now. The thought that it was my job to coax, influence or sway women towards one or other course of action didn’t sit well with me. Yes, by the way, I got out the thesaurus to double check the exact meaning of the word ‘persuasion’, lest I had misunderstood a subtlety along the way. But I don’t think I have. To persuade also means to argue, convert, motivate, convince and, perhaps most ironically of all, to induce.

I can’t even remember how I came across the article that got me thinking about this again. I’ve decided not to cite it here. I’m certain that the authors’ intentions are good, and it also seems a bit unfair to pick out one example of an idea which is being discussed in a number of arenas in modern health care. The gist of the paper that I read was that a good way of getting patients (for this paper referred to people who were experiencing a particular health condition) to comply with your professional recommendation, was to first identify their concerns and then target your advice, information and persuasion techniques to those concerns. That way, if you address the things that matter to them, they are more likely to go along with what you say and then outcomes will improve.

Does that seem OK to you? Perhaps it’s just me, but that sounds remarkably like the kind of technique used by salespeople to try and sell their wares to potential customers. I will admit that I have very little sales experience, and I’ve certainly never been on a course but, like any good modern midwife, I went off and did a bit of an internet search to check and further my understanding.

The results of my search shocked me. I found a good few acres of Internet real estate taken up with discussions of how health care professionals can adopt the tools of sales and marketing in order to persuade people to do what’s good for them. Perhaps some of you are learning them right now. I did not, however, find much discussion on whether this was ethical or not. I would say that there was more of an underlying acceptance that it is our job to persuade people to ‘do the right thing’. Which sounds an awful lot like paternalism to me.

I think I might be a teensy bit less bothered by this if I had faith that health care practitioners genuinely know what is better for people than those people themselves. But the further I get from my student days, the more I realise that this isn’t always the case. People are individuals, not populations, and there’s no correct, one-size-fits-all answer for everyone. There are too many factors at play to be able to know for sure where any given decision might lead. New research is emerging all the time, which challenges what we think we know and rewrites the textbooks. (Or at least it would, if we paid attention to it. Generally, we don’t.) Health care isn’t the business of certainty and, while I am wary of the implications of making maternity care out to be a smorgasbord or menu on which all choices are equal and laid out for the taking, I’m also pretty certain that women’s decisions are not mine to make.

I know that some women are affected by and care very much about this, from my work in maternity rights. One of the most telling aspects of this discussion can be found in Beverley Beech’s book, ‘Am I allowed?’ This book was informed by conversations with the women who seek support, and many of the sections are based on real experiences. It is in the sections covering the more contentious aspects of maternity care – such as place of birth, the use of water in birth, vaginal birth after caesarean and induction of labour – that an outsider would learn the most about what some women face in their interactions. We read that women are, “given a variety of excuses to justify persuading them to deliver in hospital” (Beech 2014: 46); “persuaded to accept a variety of interventions” (Beech 2014: 103); and, worst of all, “led to believe that they will lose their baby or their life” (Beech 2014: 84).

Can we do anything?

I’m aware that many people are already concerned about this. I’m in almost constant conversation with colleagues about such issues. Many midwives and doctors are completely fed up with the expectation that they will persuade women to do certain things. Many lack the time and energy to have proper conversations with those they care for. As Mavis Kirkham (2017) has recently pointed out, there is a fundamental contradiction between midwifery values and the business model that underpins the modern approach to health care systems, and we feel the effects of this every day.

So none of these issues is going away overnight. And there may be a limit to what individual midwives and others who care about women, babies and birth can do about them. But I think there is value in writing and talking about them. We need to get them on the agenda, and out there for discussion. Otherwise it might appear that health care practitioners are more concerned with persuading those they care for to take their recommended actions, than to listening to what they need. And I’m pretty sure that none of us went into midwifery with that as our goal.

This article was first published as Wickham S (2017) The ungentle art of persuasion. TPM 20(6).