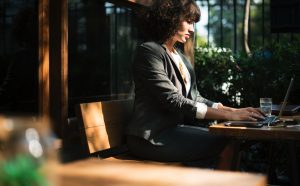 Have you considered the perils of cyberchondria?

My working day got off to a slow start on the day I originally wrote this article, mainly because of Wikipedia. Within minutes of turning my computer on, I was contacted by a woman whose births I attended a few years ago, and her distress was so great that I spent rather a long time helping her to make sense of the issues.

The previous week, while taking one of her children to the GP, she mentioned an unusual symptom of her own, and her GP suggested doing some blood tests. While she hadn’t yet managed to talk to her GP, she had found out the results of the tests, which showed a marginal elevation of a particular enzyme. Keen to know more, she did a web search and became concerned that she had either a serious viral infection or an autoimmune disease.

It’s not really my place to exacerbate the issue by attaching another label to this woman’s situation, but the term cyberchondria did spring to mind. In a rather strange twist of irony, if you type ‘cyberchondria’ into google, the first result you get is the Wikipedia entry on this subject, which (on the day I wrote this article) describes it as, “a colloquial term to describe the behavior of individuals who use the Internet to gather information on health or healthcare, for themselves or people in their care”.

A more stable definition is that offered by White and Horvitz, who have recently published a Microsoft-funded study exploring people’s use of the Internet to search for medical information.

“We use the term cyberchondria to refer to the unfounded escalation of concerns about common symptomatology, based on the review of search results and literature on the Web.” (2008: 1)

Escalation was the key focus of this study, which began by studying the way in which web pages and search engines link information together. The researchers showed that the way that these work often means that a search that is carried out on a common symptom (such as muscle twitches) leads to a greater focus on relatively rare but serious conditions (in this case, ALS or Lou Gerhrigs’ disease) than might be warranted given the prevalence of these conditions by comparison to conditions which are more likely and often far more benign. They also discovered that many web pages used escalatory terminology. The actual content of web pages tended to focus more on the more serious and fearful consequences of any given issue, and it may be that this is a reflection of the way in which issues relating to risk and legality have affected the way in which people present information about health issues.

The structure and content of material on the Internet is not, however, the only factor. White and Horowitz (2008) also found that some consumers of Internet information had a tendency to escalate towards reading about serious conditions on their Internet travels, although it is also important to note that some people were more likely to do the opposite; to “seek more reasonable explanations” (30). The key is in our understanding not only that the quality of web pages varies enormously but that people hold a range of attitudes to web-based information.

While Lewis (2006) found many young people to be sceptical about what they read on the web, Larsson’s (2007) study of Swedish pregnant women showed that the vast majority felt that the information they gathered was either moderately or highly reliable. Another key issue to arise from this study is the researchers’ discussion of the way in which the tendency towards escalation works as a positive feedback mechanism in relation to the way in which search engines rank web pages. The ranking of results in search engines is affected by the number of people who visit particular pages, and any trend towards escalation – even in a proportion of the population – leads to increased likelihood that the pages discussing serious conditions are ranked more prominently in future searches on common symptoms.

Childbearing women turn to Internet for all sorts of reasons which include the sharing of stories, the purchasing of products and the seeking of community as well as the gathering of information (Romano 2007), and there are many positive aspects to this trend. Indeed, a number of studies exploring women’s use of web-based information are currently underway, and many birth-related organisations are seeking to increase the information available to women on the Internet. Would it also be beneficial to make women aware, either via online or interpersonal communication, of the potential for – and perhaps the perils of – the modern malady of cyberchondria?

Romano, AM (2007). A Changing Landscape: Implications of Pregnant Women’s Internet Use for Childbirth Educators. Journal of Perinatal Education. 16(4): 18-24.

Photo by rawpixel.com on Unsplash

← A potpourri of festive pondering on women, birth and midwifery
What are the downsides of information? →