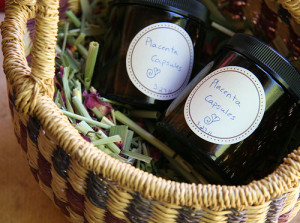 This is the second part of an article in which I am reflecting upon our knowledge about placentophagy; an area in which we have no conclusive evidence of benefit or harm (Coyle et al 2015).

As my pondering continued, I chatted with colleagues about whether placentophagy is an ancient practice. Our conversation turned to bone broth, which is seen in some (non-vegetarian) circles as a health-giving food. I’ll admit that I like making bone broth, because it reminds me of the generations of women before me who made stocks and stews to nourish their families, but can we claim that this art is natural or traditional? What about before early humans learned to control fire? I’m aware that our understanding of ancient history is sketchy, but if we could go back far enough to meet ancestors who didn’t know how to control fire or make pots, then bone broth might look like a very new-fangled fad.

I share this to illustrate how our views on what is natural, ancient or new are culturally and temporally relative.  I don’t wish to cut off a line of interesting discussion, but just because humans did something thirty or a hundred thousand years ago or because animals do it doesn’t necessarily make it a good idea now.   None of which is intended to deny placentophagy’s potential benefits, but we don’t necessarily need to prove (or counter arguments refuting) that something is an ancient activity in order to validate its use nowadays.  I don’t know of any evidence suggesting that ancient Egyptians made placenta print papyruses, but that doesn’t mean that printing placentas can’t be a fun, healing and treasured memory-making activity for families today.

So is there any evidence?

There is, however, no good research evidence either way on this topic.  Placentophagy might confer all the benefits that have been attributed to it and more, or it might not confer any.  It might be completely safe as a practice, or not, or it might be somewhere in between all of these possibilities.  As Beacock’s (2012) review of the evidence confirmed, we can speculate, but we don’t know.

I am going to argue that, in the context of being a health worker in a culture that purports to be evidence-based, the appropriate response to not knowing something is to be honest and say that we don’t have any research evidence either way.  One really big problem it is so easy to confuse situations where we have no evidence of efficacy (despite having looked, though we might not have looked hard or well enough yet), situations where we have evidence of non-efficacy (where we think we’ve looked hard enough and can see that it doesn’t seem to make a difference) and situations where we have no evidence either way.   We all need to take care not to claim that things are something that they are not, and not to completely dismiss something without good evidence to support this.   With placentophagy, we have no good trial evidence either way.  Surely we should be able to say that and perhaps then add that we do have some knowledge from other sources, and then move into an open and honest discussion of other knowledge which is well seasoned with humility?

What do women think?

I think it is important to note that some of the strongest proponents of placentophagy are those women who have consumed their own placentas and felt like the proverbial million dollars after doing so.  Some of these women acknowledge that they can’t be sure that it was the placenta stew that made the difference, but they’re happy to do it again next time in the hope that they feel as good again.  Others are convinced that their placenta smoothies were a panacea, and some of these women spend a lot of time promoting this idea to others.  It’s impossible to know, of course, how many women have tried this, felt it didn’t make much difference and have moved on in their lives without feeling the need to write their story up.  It might be that, just as some people process their bad hotel experience by writing a scathing online review, everyone who felt that their time (and possibly money) was wasted has already shared their experience, in which case they are probably outnumbered by those who feel they have benefitted.  Or it might be that the women who weren’t sure that consuming their placenta helped them have just moved on in their lives without documenting their experience.  Our inability to know how representative and common such viewpoints are is one of the downsides of experiential knowledge.

That said, I really don’t want to underestimate the value of women’s knowledge, especially in areas like this where we have so little evidence.  This is particularly important in situations where the likelihood of gathering good evidence is negatively affected by the complexity of the intervention and the slim chance that adequate funding will be secured in the absence of a patentable product and in the presence of controversy.  Yes, the positive effect may well be because it acts as a placebo, but if it makes a difference to new mums, for whatever reason, then who are we to say no?  Some people want to point out potential risks, but we don’t have evidence about those either.

While I was writing these articles, I had a conversation with a friend and midwifery colleague, Caroline Baddiley, who has also cared for a number of women who have consumed their placentas.  Caroline has reflected on whether one of the reasons that some women are attracted to this is because the act of placentophagy is one of the very few elements of childbirth that women themselves can still own without interference from the medical establishment.  The act of claiming, owning, preparing or consuming one’s placenta may, then, be about a sense of ownership and self-efficacy.  These things would be even harder to measure than the speed of perineal healing or the volume of postnatal blood loss, but that doesn’t make them any less important to the women who undertake these acts.  We do need to tell women that, honestly, science can’t yet tell us whether placentophagy makes any difference or not, but perhaps we should encourage those women to follow their own instincts and heart.  In fact, I can think of far worse things to do than encourage women than follow their hearts, but there’s no systematic review to prove the value of that either.

If you missed part one of this article, you can find it here.