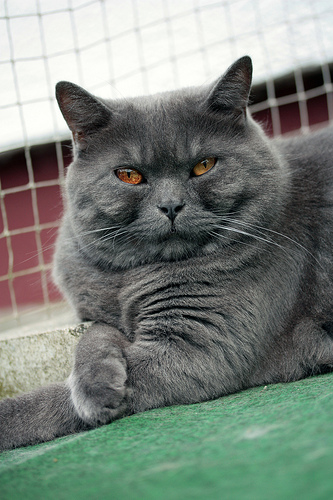 A pregnant woman, who we’ll call Amanda, was recently reported to Social Services by her midwife.   A representative from Social Services contacted Amanda and, somewhere along the line, Amanda realised that her ability to be a good mother to her unborn child was being assessed.  Neither Amanda nor her partner have any history of abusing children or any physical, social or psychological problems which could be seen as potential threats to their child’s well-being; there is simply nothing about Amanda that could possibly justify this kind of intervention.

Amanda’s “crime” was that she chose not to attend for her antenatal appointment on three occasions during the first few months of her pregnancy.

In fact, the reason that Amanda did not attend the clinic at these times was that she had been travelling a couple of hundred miles twice a week to spend as much time as she could with her mother, who was terminally ill.  Amanda has been feeling very emotional about the situation, especially since she became pregnant, and did not feel comfortable explaining this to the midwives.  She saw a different one every time, and they always seemed to be so busy.  She had tried to contact the midwives via her GPs receptionist prior to two of the visits she would miss, but felt she was greeted with hostility and “a telling off for wasting precious time”.

Amanda was lucky.  The social worker who visited her realised the senselessness of taking any further action, and instead sat down with Amanda and provided a much-needed sympathetic ear.  Many other women who are perceived to be ‘going against’ the normal behaviour expected of pregnant women and mothers are not so lucky.  In recent years, women have been reported to social services for questioning the need for medical interventions such as ultrasound and cesarean section, insisting on having a home birth or declining interventions for their baby, such as vitamin K or vaccination.

Every single one of the interventions in the list above has been questioned and debated in the midwifery and parenting literature.  Each of them carries potential risks as well as potential benefits.  And the women who want to decline them are beginning to realise that their caregivers, through choice or compulsion, may inform other agencies that they are a potential danger to their baby.  It is little wonder, then, that a few desperate women who want to choose natural, non-medicalised experiences for themselves and their baby are considering not involving midwives or other professionals in their pregnancy and birth experiences:

To add insult to injury, there is a huge amount of silence around these issues.   We pay a lot of lip service to the notion of confidentiality, yet if we were that dedicated to women’s privacy we would lock up our whiteboards and notes trolleys, be more careful about talking on open wards and impose severe sanctions on those who break the rules.  There remain areas where these things are not common practice.  But it is common practice that legal cases where women’s competence to parent is challenged are heard in the utmost secrecy. 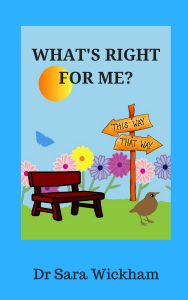 If you’d like more information about birth decisions, you might enjoy my book which seeks to help women to better understand maternity care options and to make the decisions that are right for them.

Several issues related to this have hit the news headlines recently, not least the parents whose children were taken from them on the dubious advice of “expert” professionals and the tragic fact that many of these parents, even if vindicated, may not get their children back.  I simply have no concept of how this would feel; the sense of loss, injustice and injury must be immeasurable.

I was under the impression that one of the reasons for the relatively recent move towards evaluating antenatal care was our realisation that the series of interventions we perform during our contact with pregnant women are based on ritual rather than sound knowledge.  Yet these occurrences seem to suggest that professionals’ perceptions of what is best for babies still hold more authority than anything, including knowledge which challenges Western medical hegemony and the feelings and wishes of their parents.

When I worked in the US, I met a few families who had chosen to give birth at home, unattended by midwives or doctors, and who chose not to register their baby’s birth, in order to protect their baby from “the system” and themselves from being punished for having chosen ‘alternatives’.  These parents, generally, were educated, informed and otherwise law-abiding; they took this extreme action because they were desperate.  How long before the same thing begins to happen here, especially with recent Government rumblings about creating a register for all children?  Will this register further increase the problems faced by parents who choose alternatives to the norm, or the numbers of women who choose to avoid ‘the system’?

There is no doubt we need to find better ways of finding and protecting the few babies and children who do suffer at the hands of their parents; we continue to hear heart-rending stories about the plight of children whose parents or carers have been horribly abusive, but whose cases have somehow slipped through the net.  Perhaps, if we midwives could find ways of standing up with women against the trend to hunt the innocent parents who are simply exercising their legal right to make informed choices, we could divert precious resources to help find and work with the children who are really in danger.