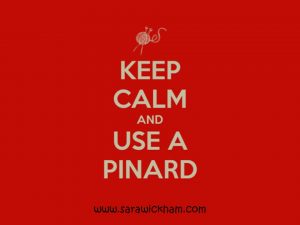 Looking for pinard wisdom? Over the years, I have been repeatedly asked by student midwives for a reference to an article that gives basic information on how to use a Pinard to listen to a baby’s heartbeat. Either to supplement learning in practice, or because they are not being taught this skill.

My inability to find much written about this led me to decide to write something myself.

But rather than share only my own experiences, I asked a number of colleagues to share their experiences, tip and tricks as well. The original article containing our collated wisdom was first published in 2002, The original articles containing our collated wisdom were first published in 2002, so bear in mind, as always, that this is experiential knowledge, and that things change over time and in different areas of the world. But people search for these articles just as often today, so I have updated and republished them online. Part two is here.

While some midwives trained in a time when Pinards were the only real option, several of the midwives I talked with had had to teach themselves to use Pinards.

Lots of midwives remember trying to use their Pinard for what seemed like months, without hearing anything, then suddenly it ‘clicked’.

“It needs lots of practice and in a busy clinic if you haven’t got a sympathetic midwife it’s hard to get started. It also involves lots of explanations to women about how you’ll quite likely not be able to hear anything!”

So Why Use a Pinard?

Although some of the midwives pointed out that you can sometimes hear the fetal heart before 28 weeks with a Pinard, especially on a slim woman, most said that you shouldn’t expect to hear it until around this time. Some midwives remember not even thinking about listening to the fetal heart until the end of the second trimester, and being more reliant on signs such as quickening before the onset of routine Doppler use.

There was quite a debate over whether wood, plastic or metal Pinards were better. Several midwives somewhat reluctantly suggested that plastic or metal Pinards were better to use to learn on, as wood can absorb some of the sound. However, almost everybody felt wood was the better material once you had the hang of things, as it was more attractive, softer and warmer for women. Most of the midwives suggested you should own your own Pinard, so you could learn its resonance and idiosyncrasies and how it expressed different tones. 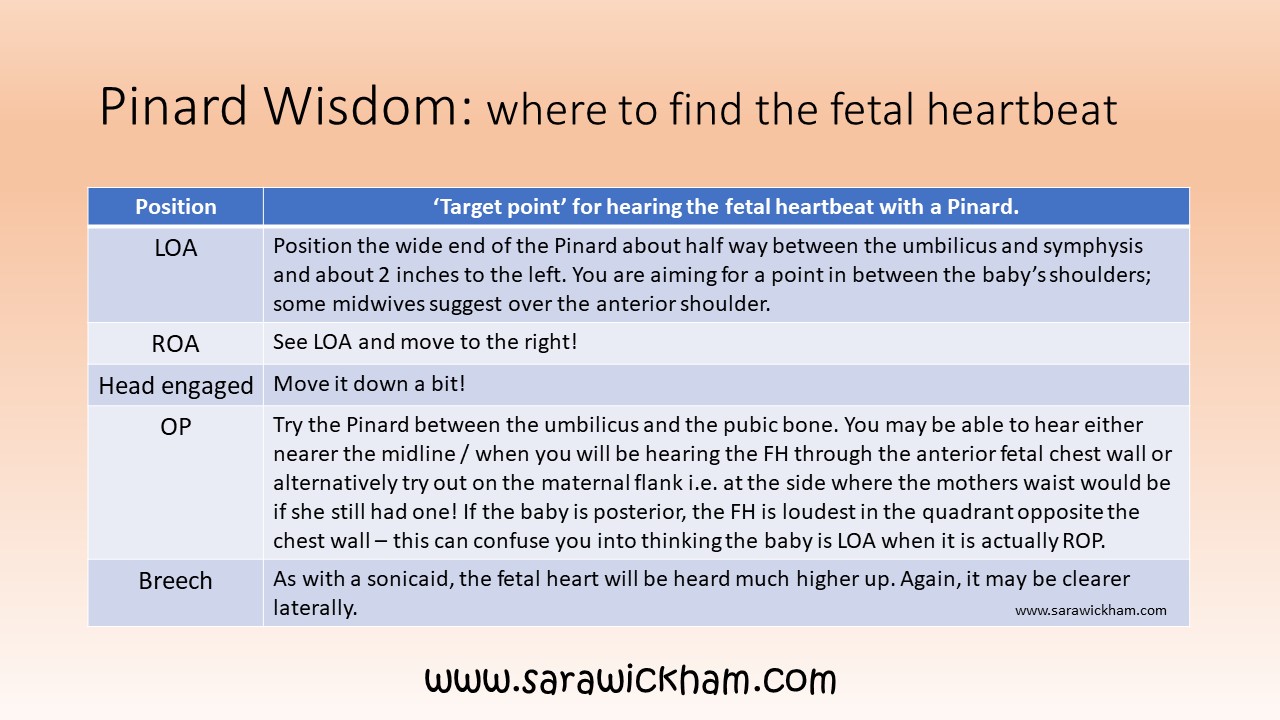 The second part of ‘Pinard Wisdom’ looks in more depth at the sounds you can expect to hear, practical tips for success, what to try if you can’t hear the heartbeat and some of the ‘advanced Pinard skills’.

A version of this article was first published as: Wickham S (2002). Pinard Wisdom (part 1). TPM 5(9):21. With thanks to the following midwives who contributed to the original article on which this post is based: Lynn Walcott, Jean Sutton, Mary Stewart, Jane Munro, Ishbel Karger, Elizabeth Jeffery, Jo Hindley, Jane Evans, Lorna Davies, Mary Cronk, Penny Champion and Christine Andrew.

← The downside of trying to “manage” birth…
Pinard Wisdom (part 2) →