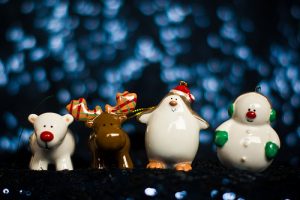 As someone who is fully subscribed to the notion that ongoing learning and growth are intrinsic, essential and joyful elements of living, searching out new knowledge is a big part of my daily life. Some of that knowledge gets turned into writing that ends up online or in journals, but I also have a couple of places on my laptop where I place random snippets that I have learned, which are too small to form a whole article. I happened upon one of these documents recently and decided that, rather than let these tiny titbits go unshared, I would gather a few of them together and create a holiday potpourri (well, metaphorically speaking) of things that I have learned this year, in the hope of inspiring others’ thinking as well.

My favourite fact that I learned this year is that the plural of clitoris is not clitori. It is either clitorises or – in my humble opinion, the much more exotic-sounding – clitorides. Although I am still trying out different possible pronunciations (while trying to remember all the rules that we learned in Latin), I already know that I like saying clitorides a lot. It rolls off one’s tongue, a bit like the Pleiades – the seven sisters star constellation – as an obstetrician friend remarked when I shared my new fact with the world on social media. I’m not sure that there is a collective noun for clitorides, but if anyone from the dictionary happens to read this and is looking for one, I’d like to propose that constellation be considered, as in a constellation of clitorides. I think it would help us immensely as a culture to create (and frequently attempt to pronounce) more positive words that relate to women’s bodies and anatomy.

Word of the Year

Thinking about words caused me to wonder whether we were going to have a real word of the year this year rather than, like last year, an emoji (Oxford Dictionaries 2015). However, the Oxford English Dictionary hadn’t yet announced its word of the year by my submission date. But it had announced the children’s word of the year: ‘refugee’. I found it both humbling and cheering to read some of the submissions that children sent in and from which this linguistic winner was chosen, because so many of them were focused on considering what it might feel like to be a refugee. This kind of empathy is in stark contrast to much of what I read in medical journals. In there, the focus is often on defining, risk assessing and managing people, with the pregnant woman talked about as the recipient of care, rather than the person at the centre of her own, unique lived experience. I’m going to focus on the positive hope that the current generation of budding authors will grow up with their empathy intact, and perhaps make our world a kinder place.

Staying on my positive note, the spring edition of the Journal of Prenatal and Perinatal Psychology carried an article called Announcing dreams: perceived communication with baby-to-be (Mascaro 2016). It looked at parents’ experiences of dreams about their babies, and the impact of their dreams upon pregnant parents and others around them. There are a couple of reasons that I love papers like this one. They remind us that, actually, technology doesn’t have the monopoly in being able to tell us how unborn babies are doing. There are means of communication that ultrasound and similar developments will never be able to replicate, and which are open only to those close to the baby herself. Also, in a world that is filled with tens of articles repeating research into things that we already know, and that aren’t especially helpful to women, babies and families, it’s really refreshing to see papers exploring different ways of being, thinking and knowing.

Halfway through deciding what to write for this December column, and mindful of how much fun it can be to go slightly off topic during the festive season, I began to wonder if I could find some festive links in research. My wanderings around the Medline and Science Direct databases had only really started when, not really expecting to get a result, I searched to see whether there were any articles that included the words ‘midwife’ AND ‘reindeer’. I’m not sure whether I really thought that I would find stories of Santa’s friends driving midwives to births in the snow, but I wasn’t prepared for references to people eating Prancer, Dancer, Sven et al (Wennberg 2013). I was slightly relieved to learn that Swedish midwives recommend the cessation of reindeer consumption during pregnancy (if only because our festive friends get a reprieve), but I’m going to be more careful about what I type in the future. I made an informed decision not to search on the combination of midwife and penguin, just in case.

The pace of knowledge change

Since I became a midwife, quite a few of the ‘key facts’ that I learned as a student have either been amended or been shown to be wrong. We have had to revise our understanding of breast anatomy and function and the mechanism of labour (Wickham 2009); and the notion that there are four distinct types of pelvic shape, a cornerstone of my first midwifery lectures, has now also been challenged (Kuliukas et al 2015). So it has never been more important to keep up with what’s new. But while ongoing learning is essential, it’s also a huge challenge, in our fast-paced and information-filled world. Just as people talk about going on social media detoxes, it’s sometimes important to find strategies to cope with the volume of information out there, so that one can keep up, without getting snowed under. Perhaps having micro-particles of things to ponder is one good strategy. But I hope that all readers will also be able to take some time off from everything over the festive season to have a rest and enjoy just being.

This article was originally published as Wickham S (2016). A potpourri of festive pondering on women, birth and midwifery. TPM 19(11).

← Number Crunching
The perils of cyberchondria →